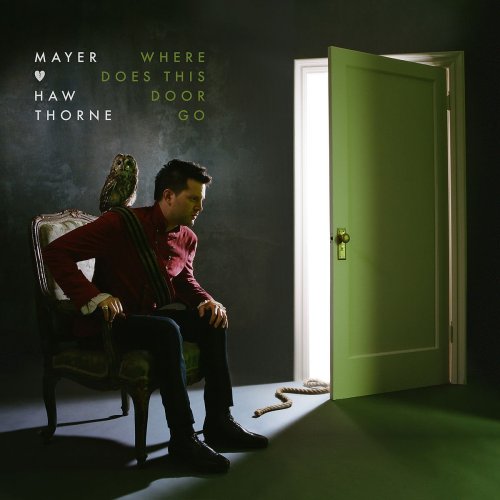 If those who read this are aware of my musical tastes,it would seem that someone like Mayer Hawthorne would be just up my alley. That is someone in my age group who was taking up with the pre hip-hop sub genre of retro soul/funk. Interestingly enough that was the main reason why I shied away from him. There was something about his entire approach that was,to use a rather tired critics device,a bit derivative. On the other hand,from the individual songs I heard there was an individual musical personality bubbling under the surface. At the same time as a singer,songwriter and multi instrumentalist Mayer Hawthorne was someone whose music did interest me. So when it came to my attention Mayer Hawthorne was dropping a third album that would be a stylistic (and more individualistic) change in his music,I thought it was the time was right to begin exploring what he had to offer.

“Back Seat Lover” and “The Innocent” are very spare Fender Rhodes electric piano led pieces-kind of a “naked jazz/pop/funk” hybrid for those familiar with writer Ricky Vincent’s categorizations within the funk genre. “Allie Jones”,”The Only One” and “Crime”-featuring what I find to be a rather useless (to me anyway) rap by Kendrick Lamar,are probably the biggest departure because they do reflect modern hip-hop’s approach to funk more. Still it is very much live instrumental funk too which gives it an extra dash of spice. “Wind Glass Woman” is a favorite of mine on this album,with it’s spirited late 70’s dance/funk friendly ethic. The vocal range and bass/keyboard dynamics on “Her Favorite Song” are another amazing turn here. Two songs here are very indicative of Steely Dan’s production approach. “Reach Out Richard” has a strong Aja era flavor while “The Stars Are Ours” is a heavier jazzy funk shuffle. Appropriately both showcase the more…shall I saw reflectively seedy aspects of the lyrics to these songs.

“Corsican Rose” has a larger,mildly electronic mid 80’s production yet at the same time a contemporary funk via hip-hop type groove-yet another effective hybrid. That electronic flavor of course shows up again on the witty “Robot Love”,another spare groove introduced by a sample from “Family Guy”. Of the two ballads the title song is a huge sounding,orchestral soul epic whereas the closer “All Better” is a somewhat more subtle piano based melodic type number. Hawthorne does a lot with his sound on this album. These songs have much more elaborate melodies and vocal harmonies that what I’ve heard from him. The key to this album is the heavier emphasis on the deepest end of the sea of funk. Mayer’s bass lines on some of these numbers are among the heaviest on a modern soul/funk album aimed at a contemporary audience. His love of hip-hop actually guides this album (for the most part) in a very positive way as well-more through rhythm than production. I personally feel this is a very impressive album and an excellent way for Hawthorne to develop his own unique signature sound.