Rique & Andre Proudly Present 2014: A Year In Funkativity For Andresmusictalk! 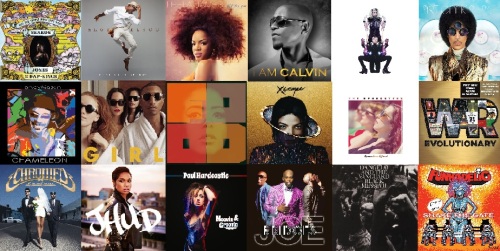 Have to totally agree with my blog partner here Rique and fellow WordPress blogger The International Review Of Music that 2014 has been a tremendous all around year for funky music. And funky is Rique and my favorite kind of music from my understanding. And this year we’ve had that become popular on a massive level thanks to starting the year out grooving with Pharrell William’s “Happy”. This was a global phenomenon-with people all across the world doing their dance to the song on YouTube. For the first time in history,a number one funk song connected billions of people in the internet age. And that alone is no small feat. And one Pharrell should be proud of  for his entire life.

If “Happy” was standing by itself this year? That would have been wonderful. But it did so much more. Kelis and even 90’s quiet storm soul singer Joe released tremendously funky music this year! And massively welcomed comebacks from Prince,Funkadelic,War,D’Angelo and posthumously from the late Michael Jackson were also enormously successful events. In fact D’Angelo’s Black Messiah ended off the year with a major surprise release in the wake of the tragic and highly topical police shooting of Michael Brown in Ferguson Missouri. That album may have had to wait until 2015 to see the light if that dark day hadn’t have shinned the light on the need to talk,sing and play about it.

Since funk was the key to providing not only great music but positive and enriching messages this year? I wanted to conduct our first interactive blog here on Andresmusictalk. There have been many wonderful releases this year in the funky spectrum of sound. Hoping all of you have been enjoying them. So presented below is a list of key funk,jazz and soul related albums from 2014.  Inviting all of you to select which ones interested you most! Wishing everyone a new dance and new vitality of life for the year to come and enjoy the polling everyone! Thank you!

2014 Remembered: A Year Of Funk-Written By The International Music Review

HAPPY FUNKING NEW YEAR TO ALL!!!!!