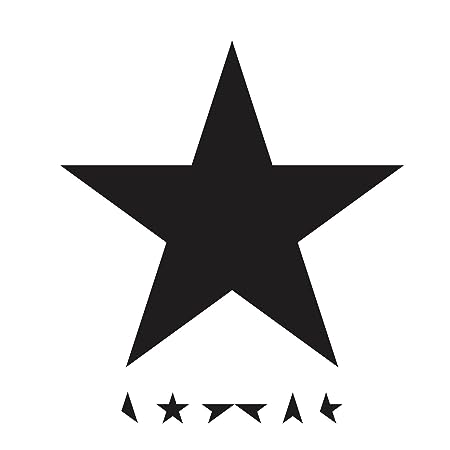 David Bowie’s final album Blackstar doesn’t likely require much of a push from someone like me. It was a musically powerful final album from Bowie. And as depressing as it may seem,much of its notoriety likely derived from 2016’s unfortunate obsession with the cult of the dead. As you all know,my focus on reviewing songs and albums tends to be on music that’s happy in nature. Don’t personally listen to a lot of dark,depressing music. And  Blackstar has extremely dark lyrics and compositional approaches. What I didn’t know when it came out was that David Bowie was dying of cancer while making it.

There were elements of the album that reminded me of the somewhat brooding avante garde jazz-rock fusion of Miles Davis’s earlier electric albums-mixed with its electronic and baroque elements. As my father informed me from his reading, a lot of this had to due with California jazz sax player Donny McCaslin. Bowie was an admire of his. And invited McCaslin to work on his new album with him. Thinking he was only there for the song “Sue”,turns out Bowie desired him to be present for the entire album. As for my first impressions on the album,here’s what I wrote roughly a year ago for Amazon.com:

While it seemed a personal opinion to me at first? It seems that 2015 was a very dark and tense year. Both in terms of America and the rest of the world. It was the first time in several years that I didn’t personally collect a lot of new music. Much of what came out, even from artists I normally enjoyed,seemed tame and lacking in vitality. It’s hard to believe it’s been over three years since David Bowie made his comeback after a decades absence with [[ASIN:B00AYHKIZ6 The Next Day]]. To be honest? Wasn’t sure it wouldn’t be that long until another album arrived. Due in part to being busy in my own life lately? Haven’t kept track of much new music in months. Until this birthday surprise from this artist arrived.

The title song that opens the album clocks in at near ten minutes. Within that time it combines a Gothic opera string arrangement with sections of both industrial drum ‘n bass and stomping 60’s style funky soul. “Tis Pity She Was A Whore” is a dramatically discordant dance rocker with it’s own unique sense of melody. “Lazarus” is a crawling alternative jazz/rock number with some sad,wailing sax. “Sue (Or In A Season Of Crime” has a similar flavor to the album opener-only with a more consistent rock flavor. “Dollar Days” is a plaintive acoustic guitar/piano led ballad while “I Can’t Give Everything Away” concludes it all with a densely arranged drum machine and harmonica led dance/rocker.

Overall this album has all the instrumental hallmarks of a David Bowie record. Soul,electronica,rock and opera are all combined together into an eclectic musical stew through which he and his musicians can thoroughly explore their melody and different senses of harmonies. Everything from the title and the imagery of both the packages as well as the lyrics are extremely world weary. So would have to agree with a lot of reviews this has at least that in common with the man’s mid/late 90’s output. That being said? It all ends with what seems like lessons learned,and the possibility of the future having good things to offer. A very good album from an artist who can handle the darkness of life with genuine eloquence and beauty.

It was of course only a few short days after writing this review that I learned of Bowie’s passing. At that time,I considered actually editing my Amazon review to accommodate the what was revealed as the cause of death. Elected not to do that. It was a good choice because,as the year went on,I began to learn other things about what went into the making of Blackstar. And decided it might be a better topic to deal with in terms of a fuller write up along with my original review on this blog. At the end of the day,its a great balancing of moods (musically and thematically) for a music icon about to leave us behind.