‘Ask Rufus’ At 40: Lifting You Up With An Everlasting Love 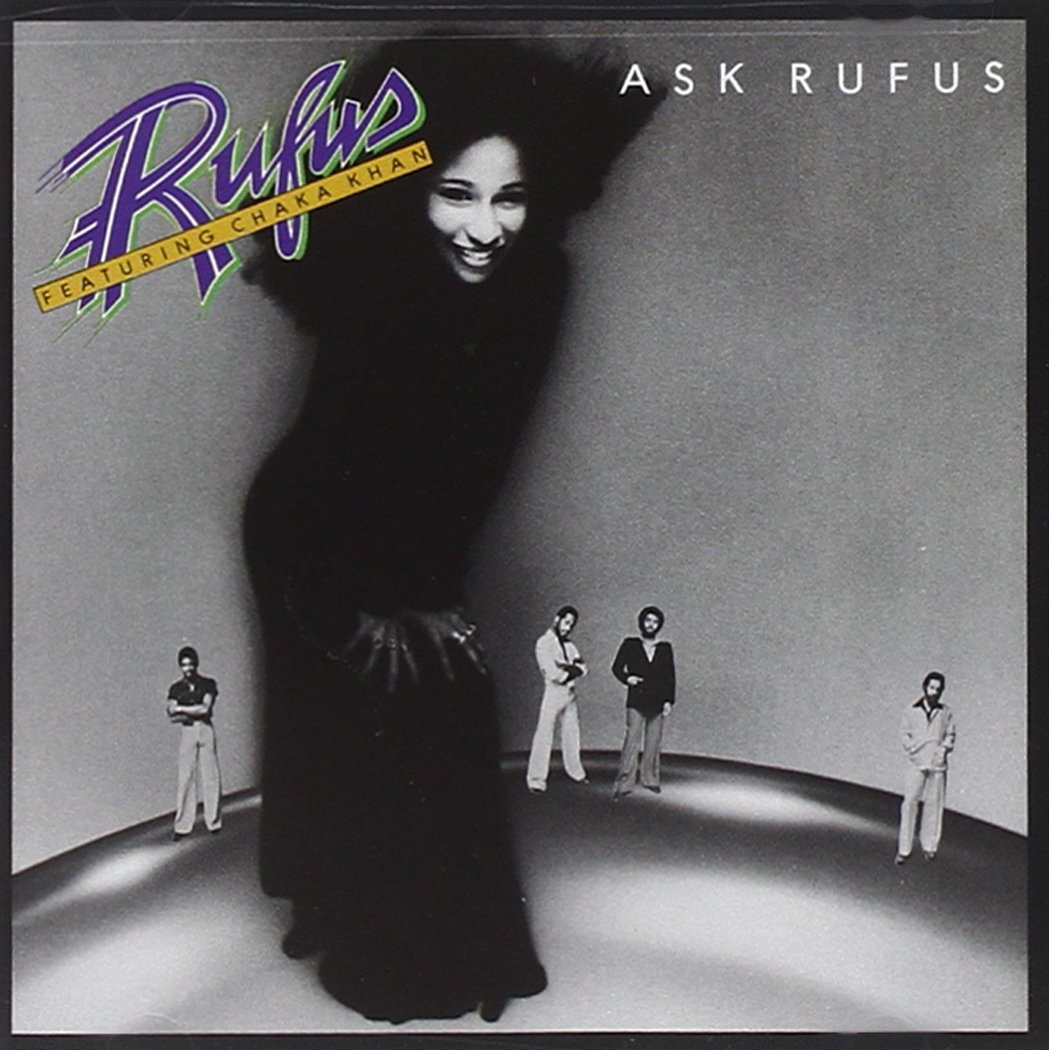 Ask Rufus was actually the original name of the band-named from an article in Popular Mechanics. It was a long road from their original lead singer Paulette McWilliams to her young friend Chaka Khan taking over. On January 19th,1977 that original name for Rufus was used for the title of their fifth studio album. Personally,I wasn’t sure if I much enjoyed it after first picking the vinyl up at a Boston record store in 2001. Perhaps the terrible quality of the record played into it. Especially upon hearing it on CD some years later,the album revealed itself as perhaps the bands strongest album from a musical standpoint.

Ask Rufus doesn’t exactly sound like the four that came before it. Some of that was intentional. As Chaka Khan once said,it was her an her husband’s Richard’s attempt to “do away with the leathers,feathers and wild child act”. She wanted to focus on the band and her vocal ability. Its also the type of album that can engender many personal memories for people. Its actually an album that inspired me to begin writing my own song lyrics with jazz/funk music in mind. In his book  Mo Meta Blues, Questlove gave his own personal story about it,and I quote:

“My parents were going to do an extended trip. When they told me how long they’d be away, the string breakdown of “Egyptian Song” came on. And then the story got sadder. In Louisiana, my aunt Karen met a man, and they decided to get married. She took the record with her.”

There are many things I could say about Ask Rufus after having over 16 years experience with the album. One major recent revelation was my boyfriend Scott listening to the album with me for the first time and mentioning the first side’s closer “Everlasting Love” resembling George Michael’s “Careless Whisper”. Usually a more vocally focused music listener,I deeply appreciate Scott’s musical observation on that. Of course eight years ago on Amazon.com,I managed to get a hold on the musical vibe of the album on my review there-which of course I will now re-share with you.

Rufus And Chaka Khan,aside from CK’s amazing and influential singing have always been just mildly underrated as musicians. In the years after the debut,especially with the style of the previous Rufus Featuring Chaka Khan their style had been growing from that of a conventional 70’s funk band to what they became with this album.By far this would have to be described as Rufus’s artistic pinnacle and is today justly revered. It is here that Rufus made the transformation to being a fully sophisticated band with brilliant songwriting,fully mature and reflective lyrics and plenty of jazz influences.

With a couple minor exceptions this album showcases Rufus sticking with a mid tempo jazzy soul/funk sound and a great deal of sultry. Not only is it solid proof that funk doesn’t have to be a non-stop rhythm barrage to groove like mad but it features songs that all sound like mini classics.”At Midnight” is the main uptempo song here.The production is far from slick and features probably the best use of synthesizer on a mid period Rufus Recording-the simple beat sounds deceptively like disco but on the breakdown it’s perfectly clear that it isn’t.

Lyrically it’s clear that Chaka,who participates very strongly as a writer here is content on reflecting on how her own complicated marriage and personal life at the at time is effecting her feelings on her own womanhood-strong emphasizing emotional involvement.”Close The Door” is one mournful example;Chaka’s tortured voice and the spare backdrop just drips with melancholy of the soul.

The superb orchestration of Claire Fischer (cousin of the bands drummer Andre Fischer) not only makes that tune so wonderful but dominates the equally mournful instrumental “A Slow Screw Against The Wall”;the briefly funk blowout of “A Flat Fry”,featuring Ron Wood is pretty much the last tune of that type you’ll find here.The memorable and singable “Earth Song” features a cryptic lyric that,if understood sums up Chaka’s lyrical involvement here as she sings,”Stars/what a mystical woman you’ve made me” and on “Everlasting Love” we’re introduced into a deceptively musically simple vision of romance and sensuality.

“Hollywood” is…well almost an uptempo song because it’s so sprightly even as it looks at the effect fame and surroundings of luxury effect people.”Magic In Your Eyes” is yet another excellent romantic moment whereas “Better Days”,co-written by Chaka’s then husband Richard Holland reflects on a possible optimistic future for the then faltering couple.As for the music,let’s just say I think Dido was highly influenced by this song when she did her hit song Thank You ovet two decades later. The title of “Egyptian Song” sounds like the song and lyrics will be very complicated and they are.

Today,I have Ask Rufus on both CD and a far superior vinyl copy that included the original poster. Whether or streaming this album or hearing it via any physical media, no changes in technology will take away what Rufus accomplished on this album.  As I recently learned, it was the first and only platinum album. Perhaps their change in approach to a jazzier,more mature groove had something to do with that. Andre Fischer would be ejected from the group after this album. And it ended up being a dry run for both the bands future career as session aces and Chaka’s solo career that was right around the corner for her.