‘Free As The Wind’ At 40: Joe,Wilton,Stix And Larry Feeling The Funky,Funky Love 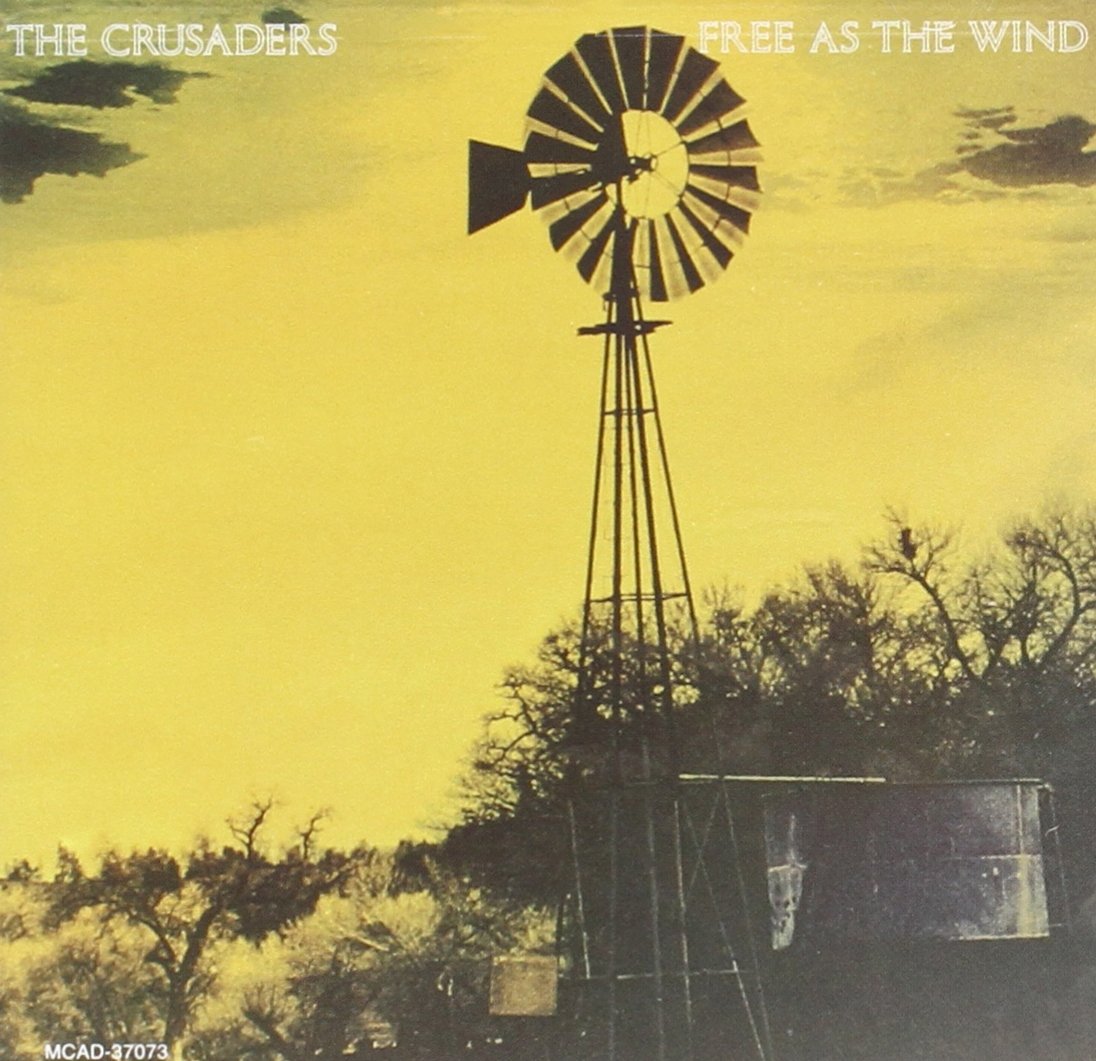 Free As The Wind, released at some point in early 1977, is one particular album by The Crusaders that is kind of special to me. Over the years,its come to my understanding how important jazz-funk was to the funk genre as a whole. Most classic “united funk” derived from a strong jazz influence anyway. In terms of a sax and bass/guitar oriented variety of jazzy funk,mid to late 70’s Crusaders were simply hard to beat. Especially the way Joe Sample colored them with his piano and Fender Rhodes based compositions. And Free As The Wind exemplifies this so much.

Its an album that’s been part of my whole life from very early on. From it being part of the vinyl library at WLBZ TV where my father worked (along with other fusion records used as back round music in promos in the early 80’s) to seeing it in every used record store I visited as a teenager. Its been a huge key point in Henrique and my discussions on The Crusaders. Especially when he purchased a Crusaders wind chime of ebay which was used to promote Free As The Wind. Here’s an Amazon.com review I did 12 years ago about my initial enthusiasm upon first picking it up on CD.

The Crusaders are a band you just can’t go wrong with during this era and this album is no different.The funky beat just doesn’t give out on this record until just about the end.The jazzy ‘It Happens Everyday” is a gentler showcase for Joe Sample’s piano and it is the smoothest thing you’ll hear on this album.’Free As The Wind’ is dominated by the hefty jazz funk that these guys do so well-for a genre not noted for great collective musicianship (by some CRITICS anyway) The Crusaders always have that under wraps.

But spaces for solo’s such as on the speedy “Sweet ‘N Sour” gives Larry Carlton a chance to shine and solo while the highly memorable “Night Crawler” gives Wilton Felder the same chance.”Feel It” is my favorite on the record-like everything here it grooves and grooves HARD but it has an unusually hard funkiness that I appreciate.The title cut is the most arranged tune here but still-nothing to scoff at.

Even by the most obviously hard core of snobbish jazz critics and journalists,most of whom are quick to condemn jazz musicians for making funky music give ‘Free As Wind’ a five star review,same as most of The Crusaders catalog.That may be because,as stated earlier The Crusaders were one of a unique group of jazz-funk artists (aside from The Blackbyrds perhaps) who kept a sense of collective soul-jazz improvisation and superb musical chemistry while also playing highly electric funk.And no critic I have heard of could possibly scoff at that and these guy’s memorable compositions!I can’t,can you?

When writing this review,it seemed important to challenge the perception of the jazz funk/fusion genre as being based totally on selling records. Free As The Wind is very important to jazz funk because not only does it it keep the Crusader’s brilliance at soloing intact. EWF alumni Roland Bautista even guested on two of the albums most particularly powerful tunes in “Feel It” and “River Rat”.  In terms of its string arrangements, Joe Sample did a superb job of supplementing the grooves songs melodically by giving the songs exactly what they need for string and horn orchestration.

But it also showcases some of the most consistently strong grooves they ever put onto an album. And it is very much an album experience-without any dull moments that would take away from the strong melodies and grooves of Joe Sample,Wilton Felder and Stix Hooper. Many individual songs stand out too-such as Larry Carlton’s amazing “Night Crawler”. That song was so strong that Carlton elected to record his own version of it for his self titled solo album released the following year. At the end of the day, Free As The Wind really helped to give late 70’s jazz funk one of its strongest voices.

Filed under The Crusaders