Life Between The Notes: Bluey’s Funk Album Odyssey Of 2015! 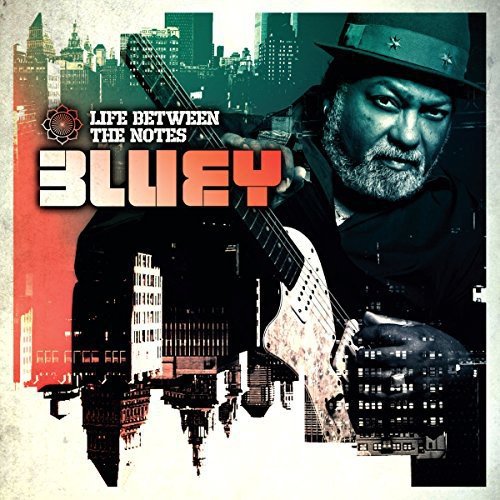 Jean Paul “Bluey” Maunick decided to change things up in 2013. A long standing member of the flexible lineup oriented acid jazz/funk group Incognito, he began a solo career. Bluey’s sound has by now joined many of the jazz/funk greats such as Donald Fagen and the late Joe Sample in aging to near perfection much like fine vintage wine. Of course a lot of changes have come thick and fast during the years 2012 through 2015. His solo music had enormous potential to showcase the many bright shades of the musical rainbow.

Bluey has elected to expand his musical vision into something that represents the very core of what funk (as a thematic concept) can truly accomplish in terms of speaking directly to people’s souls. “Dance To My Drums” opens with applause,funky drums, popping slap bass and rhythmic backup singing right upfront. The title song has a bass and dripping rhythm guitar based uptempo post disco/boogie funk sunshine to it.”Hold On” keeps that same instrumental vibe-only stripping it down to emphasize the hand clap powered rhythm.

“Caught Up In The Grey” has a sleek contemporary jazz flavor based on the piano. “Been There Before” has a melodically bright groove about its thick rhythm. “More Than Getting By” and “The Poetry Of Life” are both  stripped down acid jazz mid tempo numbers while ‘Sunships On The Shores Of Mars” takes on an acoustic bossa with cosmic lyrical poetry concluding the album. On every level, this astounding album is a fluid journey that references jazz/funk’s past,present and future as one expansive musical continuum.  Very happily? Bluey accomplishes that beautifully with this album.