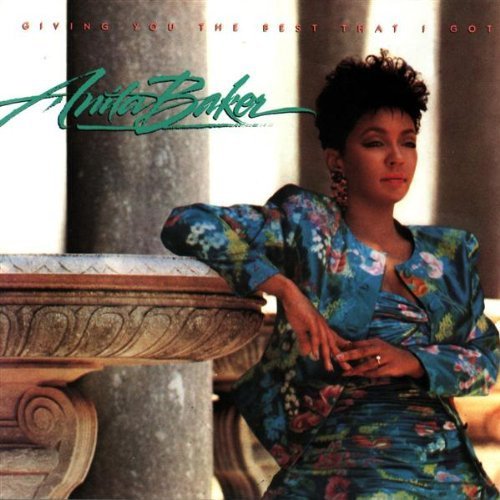 Stevie Wonder seemed to have suffered a little writers blocks following his (subjectively) wonderful 1987 album Characters. Aside from performing the soundtrack to the Spike Lee Joint Jungle Fever in 1991,it seemed as if Wonder would continue his infrequency of releases in the 90’s as he had in the 80’s. When President Jerry John Rawlings invited Wonder to spend his weeks in the African nation of Ghana,Wonder wrote 40 new songs. He also stated the artist formerly know as Prince “helped him to see music again” in the liner notes to the 1995 album that came out of Wonder’s African visit: Conversation Peace.

Personally I have a vivid memory of hearing a new reggae styled song by Stevie Wonder called “Take The Time Out” used during the 1994 Macy’s Thanksgiving Day Parade to encouraging people to give food to the needy. It was a comforting reminder of Wonder’s ever present humanitarianism.And his new album finally came out in January of the following year. Took me a year or so to really give it a good listen. And a decade or so more to begin singling out my personal favorites songs from the last Stevie Wonder album of the 20th century. One of the strongest for me is a song called “Sensuous Whisper”.

Wonder gets the song rolling with a hi hat heavy drum swing and a shuffling bass with an Arabic type tone. Then he kicks into a funky chromatic walkdown on piano. This consists of the basic body of the song. Stephanie Andrew’s sexually charged grunts provide a vital percussive element as the sax of Branford Marsalis and trumpet of Terrence Blanchard provide unison horn breaks on the vocal changes. Wonder swings and scats the lyrics on the refrain,while Anita Baker sings the song title chorus as the back-round with Wonder’s call and response vocal lead.

The bridge of the song features Wonder singing a harmonically complex set of notes that I personally couldn’t begin to describe-scaling up and down between each phrase. He backs himself up with the same instrumentation as the rest of the song that,along with the horn charts,improvise strongly on the chordal changes he’s making throughout. After this,the song returns to the drum/bass intro before seguing back into the chorus of the song. This chorus repeats itself over and over again-with Wonder scatting the vocals more and more until the song itself just comes to an abrupt stop.

Stevie Wonder was always someone my family and I recognized as having a strong jazz influence-from his 1963 instrumental debut album to his 1991 song “Make Sure Your Sure”. This song not only found him collaborating up front with jazzy players and jazz derived singers,but also embracing the funkified jazz/hip-hop hybrid that the Native Tongues groups like Tribe Called Quest and even Miles Davis himself had started to embrace. So Wonder was not only heavily embracing jazz here,but showcasing it’s possibilities for the newer hip-hop informed style of funky soul.

Looking back on my own musical understanding? The husky,deeply rangy and jazz flavored vocals of Anita Baker remain to this day as a key aspect of my musical core when it comes to singers. One thing about her that I did not know is that her musical career not only didn’t start as a grooving quiet storm based artist specializing in lush,mid-tempo ballads. But that she actually started out in the late 70’s with the primarily uptempo funk/soul based band Chapter 8. The most startling part of it was that she was fired from the band (after their self titled debut) because they actually didn’t think she was a very good singer.

Understanding her late 80’s album smashes such as Rapture  and Giving You The Best That I Got and their accompanying hit songs very well? It never occurred to me that her actual solo debut album came out in 1983,on the Beverly Glen label. And that it was so unsuccessful that a lot of people had actually never heard of it. Elektra had to reissue it with new cover art following her huge success there. Actually had the original vinyl first-only later picking it up on CD being so impressed by it’s contents. As a whole? It is actually fairly familiar territory for Baker admirers,save for some startling exceptions. One of which is a song called “Squeeze Me”.

The song opens with a dramatic drum roll that outro’s with a spiraling bass synthesizer. The beat becomes a steady two by two dance rhythm-over which the fan faring horn section is embraced by that always present (and very brittle) synth bass. The refrains also had an orchestral string type synthesizer into the mix and a powerful,thick rhythm guitar as well.  The instrumentation bleeds together into a strong thickness of sound that is both very exciting and very sleek all at the same time. When Baker’s vocal chorus takes presidents? The overall sound of the music becomes more stripped down to accommodate them. This occurs most strongly on the final chorus of the song.

While being more than aware of Anita’s creative trademark of allying herself with strong funky soul musicians and producers throughout her career? It was still very much a shock to hear her so successfully make a straight up boogie funk jam right of the solo box. Some might see this as her not having a strong individual sound yet. But considering the presence of Michael Jackson associated session aces as Jerry Hey,Nathan East and Paul Jackson Jr. aboard for this song?  Hearing Anita’s distinctive voice belting out such a hefty funk number is has actually given me an even stronger view of her talents as an instrumentally minded singer in the vein of the jazz sirens who influenced her.