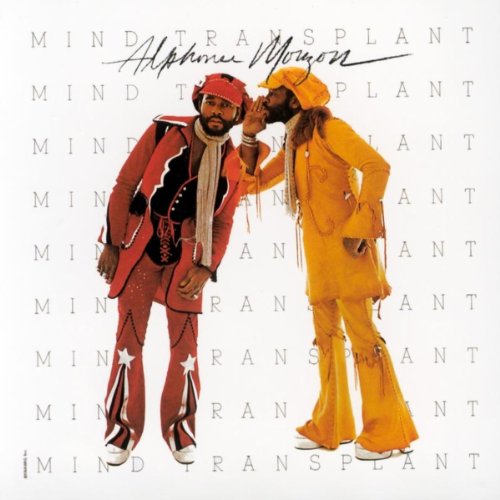 Alphonse Mouzon is turning 68 today. He’s a drummer that I first heard about via my father’s purchase of the double CD set Move To The Groove: The Best Of 70’s Jazz-Funk during the late 1990’s. The song of Mouzon’s featured from that compilation was 1981’s “Do I Have To”. It is currently not available on YouTube. So am doing a special review of the only album of Mouzon’s that I own on CD,1975’s Mind Transplant.  Its special because again,Amazon.com is no longer electing to leave my customer review of the album up. So am going to present it here for you again

As a drummer,keyboardist,composer and producer Alphonse Mouzon it’s funny that his solo career never really made as huge an impact as his main rival at the time Billy Cobham. As drummers,their specialty was dexterity as what you might describe as highly athletic drummers. But the difference’s might’ve lay in the bands they were associated with.

Cobham’s compositions tended to be very technically precise and complex in the manner of Mahavishnu Orchestra’s classic sound . Mouzon came out of Weather Report’s more fluid groove based style of playing. The sounds of those bands alternately effected and were effected by the presence of this two musicians. On here the opportunity presents itself here.

Recorded largely with the company of some enormous guitar talents such as Tommy Bolin,Jay Graydon and Lee Ritenour this album presents a very strong rhythm section exploring too often very different ends of the electric jazz spectrum. The title song explores a perfect mix of jazz-funk and jazz-rock fusions whereas “Snow Bound”,”Happiness Is Loving You” and the vocal number “Some Of The Things People Do”.

The later song addresess escapism through addictions and denial,are all heavy rhythmic funk of the highest (and best played) order. On the more instrumental jazz-rock fusion numbers such as “Carbon Dioxide”,”Golden Rainbows” and “Nitroglycerin” Tommy Bolin takes over as soloist with the exception of “Ascorbic Acid” with Lee Ritenour and Jay Graydon duetting.

As a jazz-funk drummer Mouzon showcases a great deal of talent in terms of his ability not only to express many different ways with the groove but also with his participatory relationship with the other musicians and their playing. On the more jazz-rock numbers his musical dexterity takes over and he falls right into formation with Tommy Bolin who,while only one of three guitar soloists,definitely dominates on the numbers he solos on.

Because there were so many drummers in the fusion genre at the time from Cobham,Stevie Gadd to Norman Connors it didn’t seem like there was much room for the likes of Mouzon. Though matched with more of a technical skill than Connors and possessing a far strong ability with song craft than the more musicianly Cobham,Mouzon probably didn’t enjoy the success he deserved with this album. But he did deserve it.

There is another reason why this overview is special. And its more personal.  A few months ago,Alphonse Mouzon was diagnosed with  Neuroendocrine Carcinoma. This is a rare form of cancer. And is apparently in its latter stages. With the very recent passing of Sharon Jones of another type of cancer, death hangs heavy over the year 2016. Mouzon is still alive though. And a GoFundMe page has been set up for helping out with costs and treatments. Please visit that page. And look to his Facebook page for regular updates on the health status of Mister Alphonse Mouzon.