Jody Watley’s Debut Album Has Turned 30: Its Been Some Kind Of Love 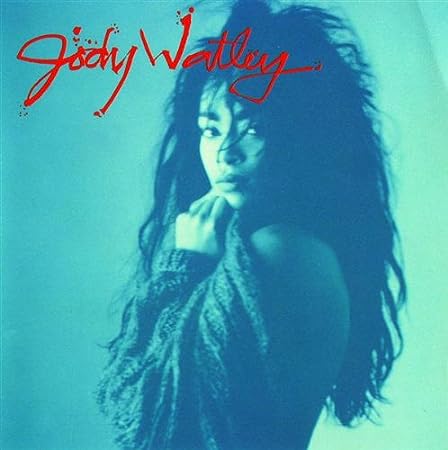 Jody Watley first came to my attention sometime in 1988 when my father recorded a block of MTV videos on a VHS tape for me. This was when he worked as a master control engineer at our local NBC affiliate WLBZ. Among all the videos were two from Jody Watley. The first was for the song “Some Kind Of Lover” and the other for “Don’t You Want Me”. A decade or so later,I found her debut CD with these songs on it at Bullmoose Music-also in my area. As my abilities to locate music have evolved,from radio and pre recorded VHS tapes to MP3’s, Watley’s music seems to pop up every step of the way.

Watley’s self titled debut turned 30 a couple of weeks ago. During the time when I was deeply interested in the music of Prince,the solo debut of this former Shalamar singer was a major reminder to me that the Minneapolis sound had a huge far reaching impact in terms of cutting edge dance music of the late 80s.  Actually wrote a review of the album on Amazon.com,yet another they elected to take down from public viewing. In recent years,the song from the album that’s gotten my attention is the funkified “Looking For A New Love”. Of course, I went into Watley’s debut a bit further in my review here.

In terms of dance music the 80’s definitely had different parts to it. It started with a form of post disco music that would latter be called boogie which,in it’s many forms was basically an extension of late 70’s musical ideas. From there we go on to a mid 80’s synthesizer/hand clap variety of dance music heavy oriented around layers of sound that I sometimes dub “tinky tinky dance” just for fun. Around 1986 or so came a very stripped down and groove based style that occupied a very good point in the middle of both of us.

Jam And Lewis’s work with SOS Band and Janet Jackson really helped to get this particular sound going. Anyway around it usually someone from the Minneapolis scene is involved. And for her part Jody had already had her participation in all of these developments as a member of Shalamar until 1983. By this time married to one time Prince protege Andre’ Cymone she found in the music he’d been producing a way for her to stake her own claim in the late 80’s dance funk pool. And I think she won out on all levels.

At a time when almost every album in the R&B/soul genre had to have a least one slow jam involved,this album seems to come out of a serious of album where every groove was a funk groove of one sort or another. In the 70’s the Commodores Machine Gun and P-Funk’s  Mothership Connection fit the bill for all funk all the time albums. Very much under the Minneapolis spell here,even more so than Miss Janet “Looking For A New Love” starts out the occasion with a stomping 80’s funk jam if there ever was one. And that same kind of flavor just continues on “Still A Thrill”,”Love Injection”,”Do It To The Beat”,”Learn To Say No” with George Michael and even the other big hit “Don’t You Want Me”.

Jody has managed along with musical co-participants Bernard Edwards,Tony Thompson and Herbie Hancock synthesizer player Jeff Bova to do something vital on these songs:create melodically inventive compositions that possess some great bass/guitar heavy grooves and a then contemporary dance/funk flavor. When the tempo goes up? Well you end up with faster grooves such as “Some Kind Of Lover” and “For The Girls”. It’s still fresh,it’s still funky and it’s full of Watley’s own unique flavor.

Jody doesn’t present herself as someone who is about to prostitute herself musically on this album. Her take on relationships on this album is very much as an equal co-participant who is also lucky enough to have a strong singular wit about her as well. There’s an appealing arty flair about the way Jody presents her music and lyrics here. Of course having one half of Chic and Andre’ Cymone involved certainly made a difference too. However Watley herself is a very multi talented person on her own as a producer/singer and songwriter.

She was also doing something that was not particularly common during this time much outside the Jackson family. She was presented herself as primarily an uptempo based artist rather than emphasizing the ballads and slow jams that were becoming somewhat of a mainstay among female R&B/soul/funk/dance artists around this time. The fact that her debut consisted of nothing but uptempo tunes showed that in the right hands,dance music could maintain a strong sense of groove and funk without sacrificing that for sometimes gimmicky up to the minute instrumental effects. If 80’s funk was baseball I’d say Jody Wately hit a home run on this one.

The musical vibe that Jody Watley set up a scenario similar to the one Beyonce picked up in recent years: a black American female vocalist who strongly emphasized uptempo music and a strong empowered female stance. Am unsure if this similarity is even a thing as far as the artists themselves are concerned. But I can hear it. Especially when it comes to this debut album of Watley’s. Also like Beyonce,Watley’s music would later mellow a bit in danceability and take on more direct social concerns. That likely makes Jody Watley and this album a strong influence on the career arc of the modern day funky diva.

Anatomy of THE Groove: “Rocker” by Shalamar

Shalamar are the vocal group Soul Train created. And the more I get into their music,the more I realize its potency. The band were the youthful embodiment of the post disco/boogie sound of the late 70’s to mid 80’s. It was also the springboard for the solo careers of the rangy singer Howard Hewett and the ultra funkified Jody Watley. One of the key members in terms of their performance ethic was guitarist,songwriter and above all choreographer Jeffrey Daniels. He’d been a partner dancer with Watley on the Soul Train line during the shows salad mid 70’s era. By the early 80’s,he was an unsung icon.

The reason I view Daniels as an icon today is because he showed Michael Jackson the dance move that made MJ’s career. Originally referred to as the back step,it became more popularly known as the Moonwalk-originally the name for the dance done in a complete circle. Daniels eventually helped choreograph the music videos for “Beat It” and others. On his own,Daniels ended up living between Osaka Japan and Nigeria,the latter of which he’s a judge on the local Idol program. His biggest creative input  for Shalamar was on their 1981 album Go For It. In particular its closing jam “Rocker”.

Crowd sounds regarding band producer Leon Sylvers begin the song,continuing throughout. First the stomping,percussive funky drum kicks in. Then the thick,chord heavy slap bass kicks in before an open wah wah guitar kicks into the similarly themed refrain during the drum break. That refrain adds multiple keyboard and synth brass into the same brew with Daniels’ leading backup vocals. Towards the end of the song,the synth brass takes a strong and sustained presence over the main groove and crowd sounds. The lead vocals return as the song fades out.

“Rocker” has a rather different flavor than most uptempo Shalamar jams. Most of them were more lead/harmony vocal based in terms of the groove. Everything on this number is built around percussive drum breaks and slap bass solos. It was composed and sung primarily by Daniels himself. With its stripped down rhythms and atmospherics,this is the perfect type of funk for popping,locking or just about any type of 70’s era funk dancing Daniels was continuing to innovate during the videocentric early 80’s. On a purely musical end,its also some of Shalamar’s heaviest straight up funk.

Jody Watley’s life and career literally started out riding on the Soul Train. She started out there as one of the most famous of the line dancers along with future Michael Jackson choreographer Jeffrey Daniels before they became the founding members of Shalamar-the group Don Cornelius helped to build. Eventually marrying Prince’s former musical partner Andre’ Cymone she had some wonderfully funky dance hits at the end of the 80’s such as “Looking For A New Love” and “Some Kind Of Lover”.

By the mid 90’s Wately’s commercial success on her label MCA had began to try up. A lot of this had to do with the fact that her music trajectory was talking her in much more of a creative and soulful direction. Music during the mid 90’s had definitely taken a turn towards slower paced,often funkier grooves depending on the music personalities for those involved. She than recorded her fifth album in 1995 for the Avitone label and proceeded to take more control over her creative career with songwriter/multi instrumentalist Derrick Edmonson. Thus the album Affection and it’s title song were born.

Starting out with the ringer of an answer phone where Watley speaks of her new song and asks the answering party to “fill in the blanks”,the song kicks into gear with a slow funky drum and three layered keyboard lines. The melody is a round high pitched synthesizer,followed closely by a hissing electronic harmony. The other is a popping high bass line that punctuates both the harmony and main melody. Jody sings the body of the song with a lower,Sly Stone like drawl and the chorus in a high,sexy gospel inflected tone. The instrumental bridge features a bluesy guitar,turntabling and a sax solo from Edmonson that comes directly from the melodic horn line of Maceo Parker’s from James Brown’s “Cold Sweat”.

Jody describes this song at the beginning as being “a little Sade,a little James Brown a little Miss Jody Watley”. That in a nutshell describes the groove she gets on this song. It has the sleek,rolling,sexy shuffle groove,jazzy harmonics and thick layers of rhythmic keyboard tones overall. That also gets her into the Mary J Blige/TLC vein of hip-hop/soul friendly contemporary pop-funk grooves of the mid 90’s. A longtime AIDS/human rights supporter,Watley even gives this sexually themed song a broad social message with the chorus of “doesn’t matter if your young or old,doesn’t matter if your straight or gay,everybody needs to feel loved”. It’s total funky,all inclusive sexuality. Where everyone can be who they were born to be and sensuality comes without fear. For me? It’s the culmination of Jody Watley’s strong musical and lyrical assertions of the groove!