For the last several days, I’ve been on vacation in Iceland. Mostly, that means the usual things: visiting hot springs and gorges, eating overpriced (but delicious!) food, traipsing around landscapes that look straight out of Game of Thrones. But for a remote island nation with a relatively small population, Iceland also has a surprising amount to offer for the travelling pop music fan: including several record stores as good as any I’ve seen anywhere in the world. Here are my thoughts about two of them.

We visited the aptly-named Reykjavik Record Shop on our first day in the city, and it was a highlight of that (admittedly dreary, jet-lagged) day. Located downtown near the main restaurant strip, it belongs to the “small but curated” school of record stores, with a selection of new and used vinyl that is much more diverse than one would expect from a shop of its size. We picked up a very nice pressing of Parliament’s Chocolate City, complete with a misprint of Bootsy Collins’ name (“Bootsie”) that I initially assumed was European in origin, but upon further research seems to be a worldwide error:

It’s probably worth noting at this point that records (among other things) are expensive in Iceland, owing in large part to the fact that pretty much everything in the country is an import. New records seem to cost upwards of 5000 kroner (approximately $50), which is steep even by 2016 vinyl standards. But even in Iceland, it’s possible to score some sweet deals–like this German Colonel Abrams 12″ we picked up for less than the equivalent of a fiver: 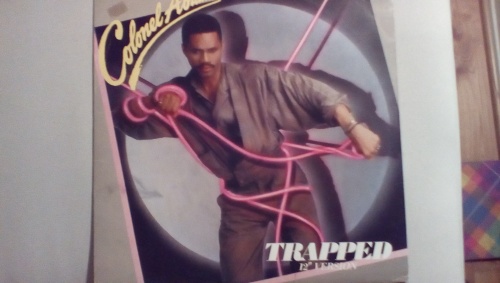 There were even more finds to be had at the following day’s stop, Lucky Records on Rauðarárstígur. If Reykjavik Record Shop belongs to the “small but curated” school, then Lucky is the opposite: it’s a sprawling beast of a store, which I have to admit is slightly more to my taste (it’s also heavier on used than new–another completely subjective preference of mine). Honestly, Lucky Records might be my favorite record store I’ve ever visited. It’s the only record store I’ve seen where the soul section is as large or larger than the pop/rock section–plus there’s a whole separate room devoted to 12″ singles, where I found this beauty:

We also picked up some very reasonably-priced copies of Hotter Than July by Stevie Wonder and Don’t Be Cruel by Bobby Brown; and despite leaving with a bag full of eight records, I still felt like I’d barely even scratched the surface.

My personal preferences notwithstanding, both Lucky Records and Reykjavik Record Shop are world-class stores, and I’d love to visit them again if I’m ever back in Iceland. If anyone out there is considering a visit, consider both shops highly recommended. And for more on vinyl shopping in Iceland, look out next month on Dystopian Dance Party for new entries of my “Wrecka Stow” video series. 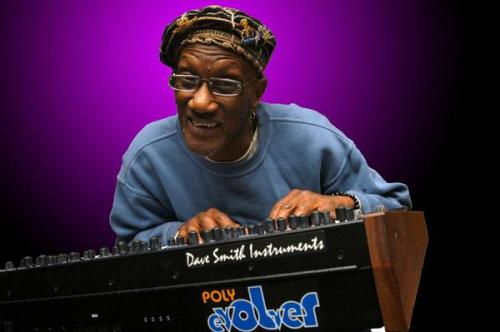 George Bernard Worrell was playing concertos at age 8,went to Julliard and the New England Conservatory Of Music and was a founding member of P-Funk. He wound up working with Bill Laswell,Fela Kuti and was a member of the expanded Talking Heads in the early 1980’s.  He died today of stage four lung cancer at age 72. The man was truly a musical genius who actually created whole new layers of solo and orchestral sounds on different keyboards. Here’s what I feel are some of his most powerful moments. I have nothing more to say. Listen and dance to the music!

-Bernie you WILL be missed. Again,rest in P!

Anatomy of THE Groove: “Funkentelechy” by Parliament

Not long ago,I learned that Parliament’s iconic 1977 album Funkentetelechy Vs. The Placebo Syndrome is turning 39 today. This album was extremely important in the P-Funk lexicon. It introduced some key concepts within such as the placebo syndrome. This reduced down to saying if you faked the funk,your nose would grow. It also introduced the character of Sir Nose D’Voidoffunk,the physical embodiment of George Clinton’s statement on the debut Funkadelic album seven years prior to this that “I was cool,but I had no groove”. Parliaments mid/late 70’s albums each extended on the theatrical structure of Clinton’s musical concept.  This one perhaps in at least two very significant ways.

When I first heard the album about twenty years ago,I wasn’t particularly impressed. The presence of slower ballad numbers such as “Wizard Of Finance” and the (as I know understand it funkier) “Placebo Syndrome” didn’t endear me much to this album as it’s most powerful songs seemed to be on the Tear The Roof Off compilation Parliament had out at the time. When I finally picked up the album on CD several years ago,there’d been years of experience with P-Funk experience in terms of albums to fully appreciate what this was. It contained the massively influential “Flashlight” of course. But probably the one song here that really advances it’s entire concept is the title song.

“Funkentelechy” has two distinct sections within ten minutes. The first one is built around the two constants that both sections have in common. One is a big drum beat that comes down heavy on the one and the close harmony African highlife style horn charts. It also has faster,more JB style horns and Junie Morrison playing what my friend Henrique referred to as a chromatic walkdown on piano. Bootsy’s duck face bass,which pops in and out of the mix with the low rhythm guitar on the first part, becomes consistently integral on the second half of the song. This half is more downbeat melodically and is based more on the harmonic horns and close vocal choruses. And this is where the song fades out on.

In a similar manner to the title song for the Mothership Connection,this song seems like two different musical themes put together. Though in this case,this is done more melodically than rhythmically as the one remains constant. Thematically it’s a commercial for funk as a musical/social ethic. Clinton introduces lyrical parodies on American commercial slogans such as “how do you spell relief?” and ‘fasten your safety belt”. Most importantly though he points out that “funk is not domestically produced”-perhaps pointing to the genre (and this songs) African origins in rhythm.  Both instrumentally and lyrically,this song goes really far in explaining why funk was no longer a bad word.

Yesterday marked the 35th anniversary of the final (so far) album release from Parliament. It’s an album that had my curiosity from the get go. Ended up purchasing it right after trying in vain to skate to some late 90’s uptempo country music at the local roller rink which, ironically, would’ve been an ideal place to give up some funk. Even though I already knew that even some P-Funk admirers held this album in low regard?  There was one major source of comfort for me that I learned regarding this album later on.

Although I still feel funk needs to remain it’s own reward? The Oakland,California hip-hop duo Digital Underground elected to sample primarily from this album and it’s predecessor on their own debut album a decade after this was released. Since that duo share a home city with my friend Henrique? This album has wound up being a conversational reference when we’re discussing P-Funk. The first song on the album instantly leaped out  from my CD play at home, and set the tone for what was to come. It had a very earnest title too: “Crush It”.

Musically speaking? This song showcases just about every quality that made P-Funk what it is. Interestingly enough? The boogie funk sound of using synthesizers as bass and guitar sounds with live instrumentation was in full swing during this time. While P-Funk pioneered that “video game sound” in the late 70’s? It had by this point jelled into somewhat of an instrumental signature for them by 1980. Especially when it came to relative newcomer in keyboardist David Spradley,who’d come into P-Funk on Parliament’s previous album.

George Clinton’s use of conceptual metaphor was on full swing during the course of this song. While P-Funk itself was coming apart due primarily from music industry fear over it’s ambitions as a potential “new Motown” (as George put it in his recent biography)? The concept of musical blandness/fake funk personified by Sir Nose showcases that character itself flying apart. In this song? Sir Nose Jr pledges to give up the funk in opposition to his grooveless father. So in the end? This probably showcases P-Funk defiantly sticking with their funk. Even as the genre is coming under fire during the post disco radio freeze out of the time.