Yoko Ono-‘Feeling The Space’: A 1973 Jazz/Funk/Rock Journey Of Female Liberation 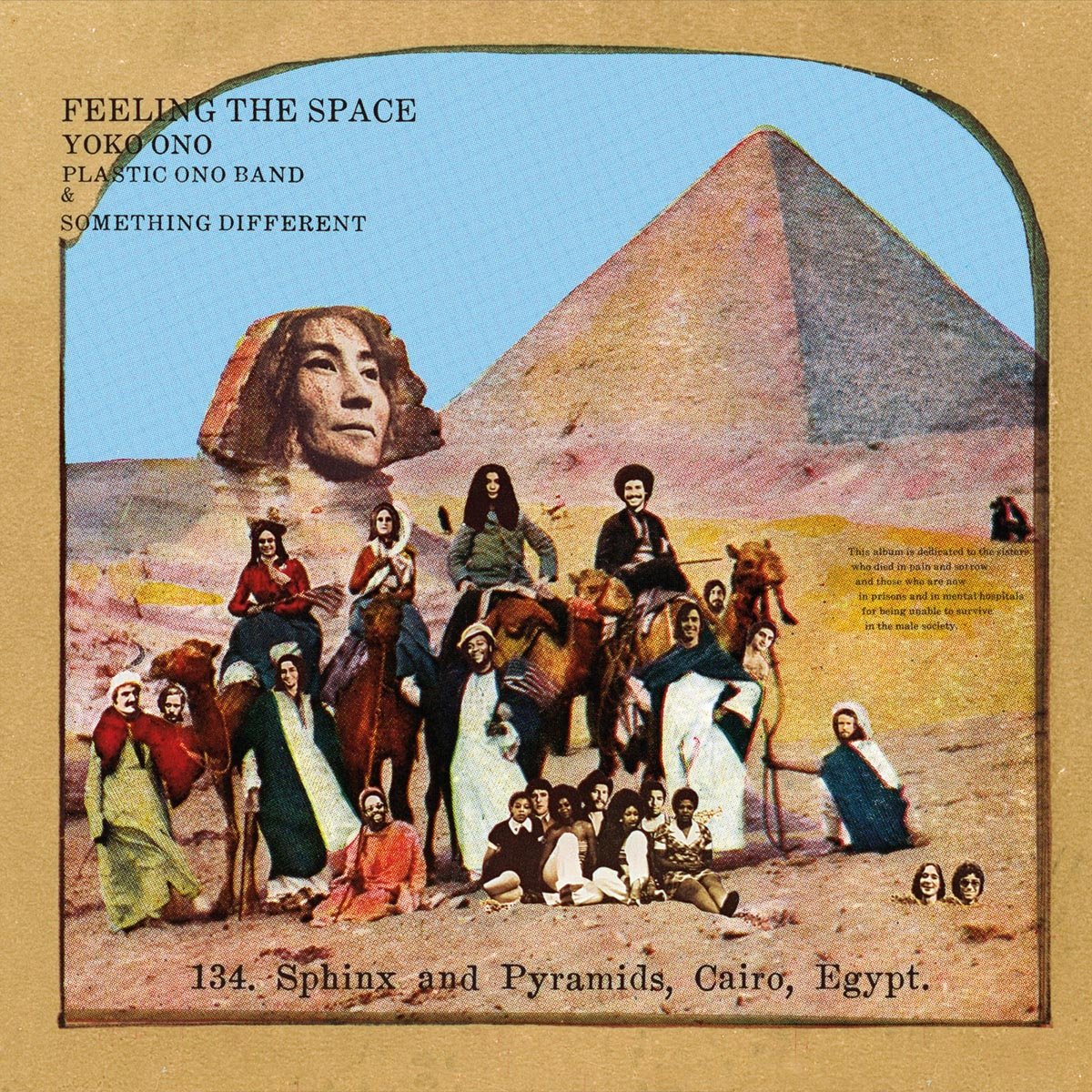 Yoko Ono’s had her career in conceptual art during the early 60’s-including her association with the avant garde art movement Fluxus. Her musical involvement came through working with John Cage and through her second husband-film producer and apparent jazz musician Tony Cox. She became infamous through her marriage to John Lennon. It was with him that she finally pursued her own recording career. Her first two album was direct companion piece to John Lennon’s Plastic Ono Band-released in 1970. After this, Ono’s music career gradually expanded outward in another way.

With Ono finding herself increasingly withdrawn romantically from her all too close marriage to Lennon,  it would seem to me that the pair were finding themselves still peripherally involved in the others life. All the while remaining on very different life paths. To hear Yoko tell it? Her musical/art career began to regain serious power during the mid 1970’s,while John’s lifelong emotional insecurities got the best of him during his self named “lost weekend”. Yoko found herself as an empowered woman on a serious mission.

With access to an all star band of musicians such as David Spinozza and Michael Brecker? She was able to continue realizing her vision. Songs such as the flute powered “Growing Pain”, “Run Run Run” and “Angry Young Woman” are soulful, electric piano led ballads while “Yellow Girl (Stand By For Life)” and “Man Man Man” both have stomping, swinging cabaret jazzy blues rhythmic flavors about them. “Coffin Car” has a grinding blues/rock vibe that is repeated on the cooler “She Hits Back” while “If Only” is a harmonica led country/blues type ballad.

“A Thousand Times Yes” is a rhythmically clean jazz-funk number not too far from something the Crusaders might’ve done at this time while “Straight Talk” updates the rock ‘n soul shuffle of “Instant Karma” from her viewpoint. “Woman Power” is a stomping, percussive funk rocker with a rapped vocal from Yoko. “I Learn To Stutter” is a live spoken intro to a version of “Coffin Car” where Yoko talks of how the press attack that accompanied her marriage to Lennon deeply effected her emotionally. “Mildred” is a swinging, nightclub friendly piano ballad.

This album finds Yoko having made up her mind about her musical conceptualization for that time period.  She positioned herself as a jazzy soul/funk oriented artist. One with a lot of blues and pop song structure. As for her take on feminism?  She was now totally confident that women (both in and out of her own position in life) should allow their voices to make a difference. In a way? This is something of the graduation from the school of being Yoko Ono. Her marriage to John Lennon was on hiatus. Yet her art surely wasn’t suffering for it. One of Yoko’s most powerful and musically adept releases.