Irene Cara is a seminal figure in the history of women in music. This Bronx born singer/songwriter/actress began her career as a child beauty queen before recording her first album in 1968 at the age of 9. By 1980,she’d become primarily known as an actress. The film adaptation of Fame and her theme song for the film rocketed her to stardom. This essentially made her a queen of movie themes,with her theme song to the movie  Flashdance “What A Feeling” being something of a signature song for her. At the same time,this is my first time profiling Cara here.

While she cut three studio albums during the 1980’s,most of her musical output on those albums focused more on uptempo retro pop songs and cinematic ballads. After years of continued work in film and television,Cara entered back into the world of music in 1999 by forming an all female (and mostly African American) band called Hot Caramel. Today is actually my first day finding out about this. Cara’s first album with the band came out in 2011. From what I heard,it featured a strong about face in her musical focus. The song that stood out most for me is called “Silky Smooth”.

A thick electric piano riff provides the intro to the song. The song itself is anchored by a slow drum beat-accented by some brittle brush stroking. The electric piano continues to play the jazz main melody of the song. The rhythm guitar provides some bluesy accents while the heavy bass line plays an effective thud up with the beat of the song. The song has two bridges. One features a string synthesizer solo. On one of the last bars of the song,the drums take a flamboyant solo accented by horns. These horns and the synth strings remain with the song on its final bars before it fades out.

As enjoyable as Irene Cara’s music was in the 80’s,I never expected her to re-emerge with a new album in the 2010’s. And certainly not with an all female band of writers and instrumentalists playing hardcore funk. “Silky Smooth” is not just hard funk for this artist, but as its own reward too. The rhythm is slow and grinding and the instrumentation and melodies are slinky and jazzy. Cara’s voice has a lot more crunch and bite to it than it did interpreting more pop oriented material. So again,this is very surprising. But it showcases the breadth of Cara and her bands talent at producing a hefty funk groove.

Andre’s Amazon Archive: ‘Condensate’ by The Time (Credited As The Original 7ven) 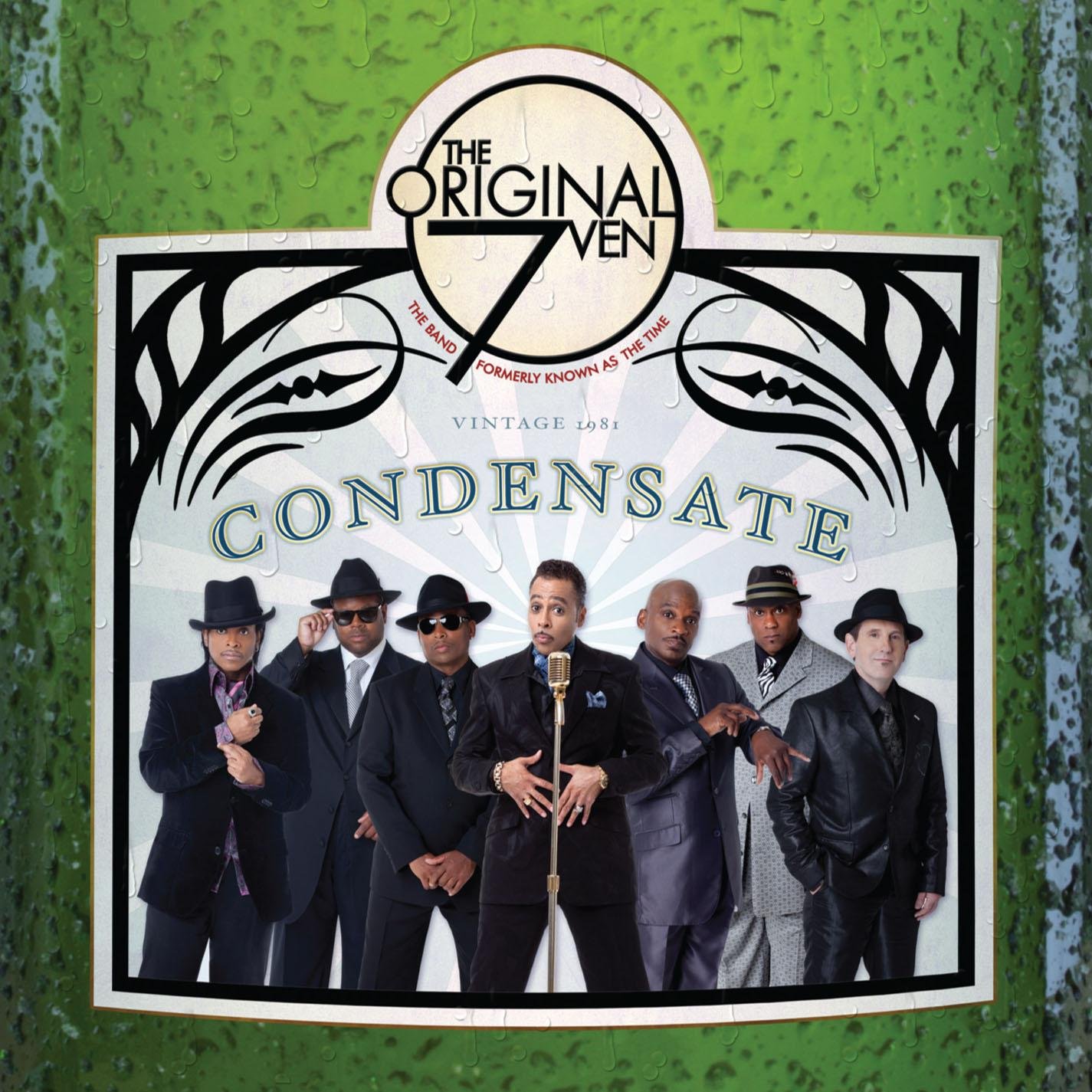 During the 2008 50th Grammy Award presentation,the original seven members of The Time appeared for a performance along with Rihanna. In the coming years,members such as Jesse Johnson began making some serious noise about a reunion tour and album. Of course nothing had come from the band since 1990. Only a Morris Day project featuring different members and a semi reunion on the Rosie O’Donnell show in the late 90’s.

Finally this album dropped in 2011,apparently independently distributed. It was credited to The Original 7ven-apparently at the bands own choice seeing as they didn’t want to keep delaying an album release simply due legal complications between them and Warner Brothers over their name The Time. The question was what would this album have to offer musically.

The album begins (and eventually continues) with an interlude where Morris Day is asked first by the band and by a mock news reporter if he’s “lost his cool” in terms of attitude. The musical response to this is “Strawberry Lake”-full on arena friendly Minneapolis style synth funk admirers of The Time should already know well. “#Trendin” uses a similar template and a lyrical theme humorously revolving around online social networking and the trendy phenomenon of hash tagging.

“Toast To The Party Girl” melds both the post punk guitar based new wave and hard JB style Minneapolis synth funk styles of the Time’s salad years perfectly together. The title song comes out with a heavier live band JB style bass and rhythm section while “If I Was Yo Man” is more a melodic pop/rock number with chiming,bell like percussion throughout.

“Role Play” brings out a far slower grinding bluesy funk flavor about it-with it’s witty fetish setup. “Sick” has a straight up hard rock flavor while “Lifestyle” has the flavor of a modern R&B ballad…inspired somewhat by Minneapolis though…melodically not quite as interesting. “Lifestyle” is another bluesier piece again in a modern setting while “Cadillac” comes at the music with some powerfully live band oriented funk.

“Aydkmn” brings back out the bluesy hard rock guitar groove again while “One Step” brings out a stomping juke joint style shuffle that actually goes perfectly with Morris Day’s funky gigolo persona. “Gohometoyoman” is a classic slow shuffling soul ballad to close out the album. Only “Hey Yo” seems like a very stereotypical contemporary R&B type of song from this album to me,anyway.

Overall? My impression of this album is that many of the tracks do keep the funk alive. In fact,the band add elements of the Afro futurist types of funk,which seeks to reconcile the past,present and continuing journey of the funk/soul music spectrum together,on many of these songs. In fact a lot of them sound as if they could come out of a Janelle Monae right now more than anything the Time were once associated with. The only quality about this album that drops it a bit in quality is that the handful of attempts to modernize their sound.

This modernization really drag the grooves and instrumentation of the album down a lot. I doubt many will remember the popular dance/R&B/hip-hop styles of say 2004-2008 as being any wondrous contributions to funk. And frankly? It just doesn’t seem like something a band of this caliber,whose members have been so responsible for key developments in funk based dance music in the last three decades,need to be at all concerned with. Aside from this,a decent album to get if you can still locate it inexpensively.

Adapted from my original Amazon.com review from December 13th,2014