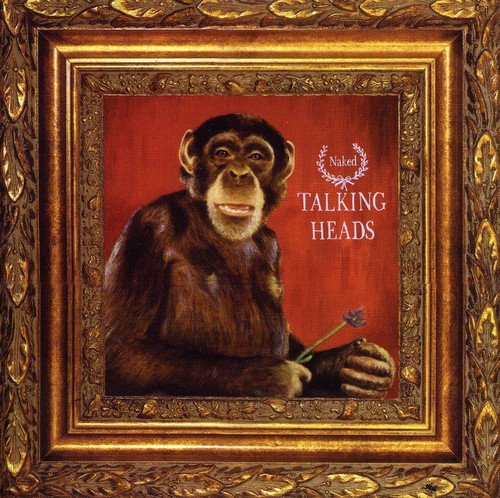 Talking Heads spent a good deal of the 1980’s concentrating on different aspects of what was basically guitar oriented pop. It was done in a purposefully simplistic manner. By the time the decade approached, it was apparent Talking Heads would soon be no more. David Byrne’s musical fascination had always remained in African type polyrhythms and funk. And in basic terms that is the approach he returned to with this album. On the other hand it was a combination of changes in the pop music world in the late 80’s and the maturity of the band that made the big difference here.

Production was no longer considered the be all and end all of crafting a good pop record. This resulted in a surge of creative energy that lasted the final few years of the decade. And decamping to Paris to bring this sound to life, Talking Heads made much use of this. Boiling it down to basics this album is a loose follow up to Remain in Light. The difference is the sound isn’t so penetrating and aggressive. This album is defined by rather spare and very live musical productionalmost devoid of the electronic sounds of that 1980 release.

“Blind” is a perfect example. It’s a great opener and some of the best funk the band made. But it’s out of the horn based James Brown school- with some great bass/guitar interaction. On “Mr.Jones”, “Totally Nude” and “(Nothing But) Flowers” there is a strong taste of South African pop mixed with the Afro Brazilian sounds Paul Simon dealt with at this time. “Ruby Dear” is a potent reminder how deeply the Bo Diddly’s “hand jive” beat was from old African dances. “The Democratic Circus”, “Mommy Daddy You and I”, “Big Daddy” and “Bill” all add more depth to these musical textures and darker melodies.

“The Facts Of Life” and “Cool Water” are the only songs that use any electronic effects. And it’s uses sparingly and more texturally. Conceptually, Naked is lyrically rather delightful. It finds a livable and reasonable alternative to the faux middle American nightmare presented in that metaphorical way on Remain in Light. In this case,that alternative would seem to be the African based music and their very way of life.

It offered a type of wisdom and knowledge that could enhance, rather than detract from Western society. This is told here in different type stories which ask questions about everything from materialism to organized religion. And it’s all done up in that distinct ‘Talking Heads’ way. So if this is the way in which the David Byrne led lineup of the band would have to go out,there was nothing to disappoint.

Harlem native Kelis Rogers comes from the area of New York known for its black cultural renaissance of the 1920’s. She comes from a background of both fashion and music-her father Kenneth being a jazz pianist. Over time she developed a flamboyant personality that,while stereotypically getting her in some trouble at different points in her life,has also given her a somewhat rare understanding about the vitality,soul and groove of the music she’s done. Making a name for herself in the millennial transition produced by Pharrell Williams/The Neptunes on songs such as the hugely successful and influential “Milkshake”,Kelis has continued to move forward towards a musical sound that would successfully fuse the music she listened to and loved growing up with contemporary production elements. Realizing perhaps the frustration in trying to achieve that musical fusion, Kelis has opted this time around for the full on live band for her newest album Food and its lead off song release “Jerk Ribs”

It all starts out with this slow,shuffling percussive groove with a bass line that’s lifted directly of the influence of James Brown’s early 70’s musical innovations. In a chocked,dreamy tone of voice,Kelis paints an autobiographic picture of a life growing up where-even during the more difficult late 20th century in Harlem,  the very streets seemed to be wrapped up in musical rhythms. She spoke with great veneration for her father-singing the moving line of “He played the notes and keys/he said to look for melody in everything”. Before each chorus, her horn section plays a melodic fanfare that seems to be calling out to the listener to physically participate before scaling strings introduce the chorus illustrating “it feels just like it should”. As the song goes on, Kelis sings of the bass (note she mentions that first),the brass and strings vibrate through her-stating of it all that “I love everything”. By the end of the song,her happily nostalgic state elevates even to her present day as the fanfare of the horns keeps up steadily until the groove finishes off.

One of the most important things about this song is that it strongly emphasizes the influence on James Brown’s funk music style from Ghanaian “highlife” music from that era. The joyous sounding fanfare of the horns that instrumentally help define this song drip alternately with precision and a strong appreciation for the Afro-Pop interpretation of the blues. The bass line is,as is a signature of funk in general mixed up very high. Its clear Kelis wants it to be known strongly that the electric bass is a key factor to keep a fat bottomed groove strong and vital. In a way this song more eloquently extends on themes her former producer Pharrell has recently coined on his enormously successful “Happy”-the idea that being in a state of joy is a source of strength. In the case of Kelis,the source of her joyful strength comes from the joy of music that was always with her from childhood. Her picturesque imagery of music itself in these lyrics make musical sounds seem like a tangible thing one can wrap themselves around like a blanket. It is the funk/soul groove as a source of love,joy and inner peace. And the more I hear it? The more I realize this song just has to resonnate with many other people on that level-the way it does with me. Truly Kelis’s most powerful musical visitations upon humanity this far.