Star Time At 26: Celebrating James Brown And The Grandest Record Of His Funky Legacy 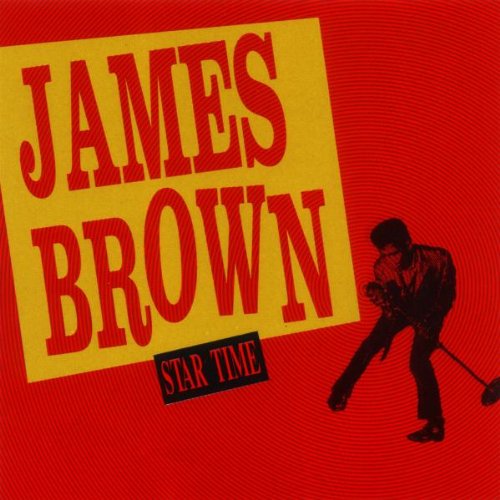 Star Time will have been around for 26 years this coming Sunday. And tomorrow would’ve been The Godfathers 84th birthday. The interesting thing about my history with JB is that for a couple of years in the 80’s,I thought that “Unity” and “Living In America’ were his very first songs. There was a huge disconnect between my youth in Maine and the musical arc of JB that still continues to run deep within the African American community. Of course by the end of the 80’s, it was important to my family that JB be appreciated beyond having been arrested for domestic abuse.

That 1988 arrest barely phased me because at the same time, I heard “I Got You (I Feel Good)” and “Papa’s Got A Brand New Bag” on oldies radio for the first time. So knew this was an artist with serious history. Then almost a decade later,my father played “Cold Sweat” for me. And suddenly the music of James Brown became a necessity rather than a footnote in adolescent musical appreciation. Was deeply exploring funk music than. And JB was the one innovated that genre. Different music books I was reading then stated the definitive way to get into JB’s music was a 4 CD box set entitled Star Time.

Star Time is now a huge key notation between myself and friends online,such as Henrique Hopkins. In fact,it was part of many musical topics that helped he and I develop our friendship earlier on. Far as I’m concerned, its also one of the best multi disc compilation any artist has put together. I actually first discovered JB songs that are among my favorites such as “Think”,”Let Yourself Go”,”Funky President” and “Get Up Offa That Thing” on Star Time. And that is huge encouragement to dig deeper into the vast musical world of James Brown.

During this period, Star Time was a volume far outside the price range my  17 year old self. Luckily I was a member of the old BMG music club. And they had this particular box set on sale for half price. When I ordered it,my father wanted to borrow it disc by disc of course. It made sense. About 90% of JB’s recorded music was unknown to both of us. Of course that’s because James Brown is likely the most prolific black American recording artists in terms of released material. Even Star Time could only scratch the surface. What the box set does do is showcase exactly why James Brown was a major musical icon.

Star Time is a box set that covers JB’s music from 1956 through 1984. It starts out with he and his Famous Flames rhythmically unique take on doo-wop on “Please Please Please” and ends with the first part of his duet with Zulu Nation founder/hip-hop pioneer Afrika Bambaataa on “Unity Part 1”. What’s between that is a musical journey that you do not even need to read the wonderful essays included (by writers such as Nelson George) to comprehend. Its just 5 hours of music that showcases the many key points on the musical road of James Brown.

One of the most vital thing about Star Time is how it emphasizes how James Brown’s career wasn’t like a freight train run with a bunch of different stops. It was actually a fluid continuum. James Brown’s nickname “the hardest working man in show business” often referred directly to the almost super human level of touring/live shows he did for much of his life. During these shows,he didn’t merely present his present music of the time. All the periods of his musical progression were covered-adding newer songs as they applied to JB’s performance flow.

Although this is a box set of studio singles presented in chronological order, Star Time still presents that JB continuum in the same way his live shows tended to. Hence it also presents JB as an early precursor to the remix artist too. Original early 60’s versions of “I Got You” and “Its A Man’s World” are presented in the same setting as their better known hit versions as a result. This box sets nearly 30 years worth music music showcases JB going from doo-bop/R&B ballads into his funk innovation-with disco and hip-hop entering the mix later on. Not to even mention hitting on his instrumental music as well.

Even though this album was part of the huge 1990’s CD box set boom,there are few of these box sets that project the musical breadth of the given artist quite the way Star Time does. Given all that, this set doesn’t only entertain. It teaches while your dancing (and even singing) along to the music. Again that’s right in the key of what JB brought to funk: the idea that life was a soulful dance. And that everyone was living to the rhythm whether they realized it or not. So Star Time wasn’t only a musical lesson for myself and others. It can often be a live lesson at the same time.