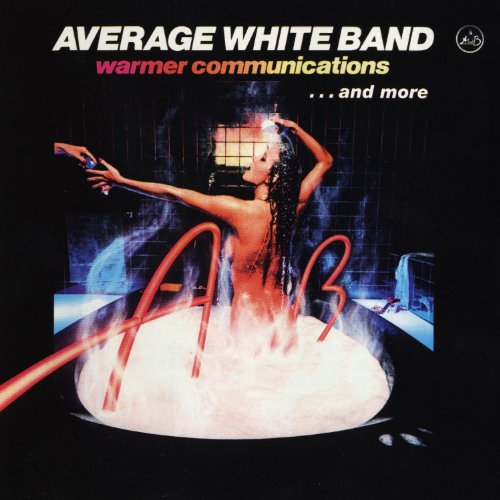 Average White Band began work on their sixth studio album during 1977. According to the liner notes for AWB’s 2014 box set All Of The Pieces, the band were creatively exhausted after their first four studio albums-in particular the hugely successful later three of them. Hamish Stuart, Alan Gorie, Roger Ball, Steve Ferrone and company first recorded a duet album with Ben E. King. Seeing that collaboration could rejuvinate their sound, the band brought in guitarist Cornell Dupree (from Stuff) with a number of NYC session musicians for their 1978 release Warmer Communications.

“Your Love Is A Miracle” is a straight up wah wah guitar powered number-with the in the pocket Family Stone inspired horn charts, “duck face” bass popping, Steve Ferrone’s stop/start funky drum and (vocally) low leads and falsetto harmonies. “Same Feeling, Different Song” has the classic AWB horn style based off the JB’s. The rhythm, tempo and lead guitar comes out of the same vibe. But the liquid rhythm guitar of the refrains come out of the later 70’s sound more. “Daddy’s Come Home” benefits from Dupree’s crying bluesy guitar tone and the organ based country/rock style balladry of the song itself.

“Big City Lights” takes a straight up bass/guitar oriented uptempo funk number-focusing heavy on the horn charts that are often combined with a round synth bass tone for an even bigger sound. “She’s A Dream” is a jazzy melange of bass, guitar with melodic and creamy horn charts playing a medium tempo ballad. The title track lays down a groove that combines the grooves of funk with the repetitive chugging of reggae. “The Price Of A Dream” is a melodically strong sophistifunk styled number-again based heavily in the vocal harmonies.

“Sweet & Sour” is sleek yet heavy horn funk instrumental before the album ends with “One Look Over My Shoulder”. This is the song I remember most off this album for some reason. It has one of the most singable, hit oriented choruses. But the percussive mid tempo groove allows the horns to hit in all the right places. And make both the instrumental and vocal focuses of the song stand out equally. Musically speaking,  Warmer Communications covers pretty familiar territory for AWB. And session players like the Brecker Brothers did make for strong writing and musicality as intended.

Where Warmer Communications  might’ve been somewhat problematic had to do with changes in music among funk bands during the late 70’s. Between 1977 and 1979, the larger horn funk bands such as Earth, Wind & Fire, Tower Of Power, Kool & The Gang and the JB’s were beginning to update to the more high tech production style of the disco era. AWB’s  production approach didn’t change in the late 70’s, even as their writing and playing remained strong. They’d rectify this (with controversial results) in the early 80’s. Still, Warmer Communications remains one of the bands strongest late 70’s albums.

Anatomy of THE Groove: “Through It All There’s You” by Robert Palmer

Robert Palmer was a consistently important figure in terms of continuing the appreciation of the full flower of American soul/funk by white artists/groups. The Rolling Stones got this going by progressing from urban blues covers of “Not Fade Away” to Al Green send ups like “Beast Of Burden” in the late 70’s.  Palmer,a Yorkshire native and 70’s Nassau Bahamas resident,also understood the strong progression black American soul/funk/R&B had by its very nature. So he evolved from New Orleans grooves with The Meters during the mid 70’s to electronic dance/rock/electro hybrids in his 80’s commercial peak.

Discovering Palmer’s mid/late 70’s music was a major treat for me in my mid 20’s. His first four albums from 1974 through 1978 were all primarily funk/soul based-adding Caribbean,reggae,blues and jazz influences along the way. His funk/blues/jazz hybrid sound is most evident on his first solo album Sneakin’ Sally Through The Alley. It exercised his talents as an interpretive singer and a songwriter as well-splitting the album between two sets of musicians. Included among them were members of the band Stuff like Richard Tee and Cornell Dupree. Especially on the closing 12+ “Through It All There’s You”.

The majority of the song is based on a tripped down grooving vamp. This consists of a call and response funk bass and guitar line-with a heavily reverbed gospel blues organ playing all the changes to the pulse from kicking bass drum hits. This represents the first several bars of the song before the main,slow funky drum comes in. At about 5 and 8 minutes in,the bass drum and organ becomes higher in the mix for a an excited,joyful sound. Then the grooves slows down into a funky swing as the original vamp of the song slowly deconstructs itself for its own outro.

As one of Palmer’s own compositions on this album,”Through It All There’s You” represents the epitome of what he had to offer as an out and out funkateer. The groove is stripped down and instrumentally every bit as dripping with sexual energy as the lyrics. It starts with a heated buildup. And gets to the point of an orgasmic revelry at two points on the bridges of the songs. All before cooling back down at the end of the song. Palmer’s understanding of how to match lyric,vocal and instrumental mood in a song really shows itself strongly on this jam-honestly among my favorites of his from that 70’s period.