All The Woo In The World: Bernie Worrell’s Solo Debut Coming To 40 Years In P!!! 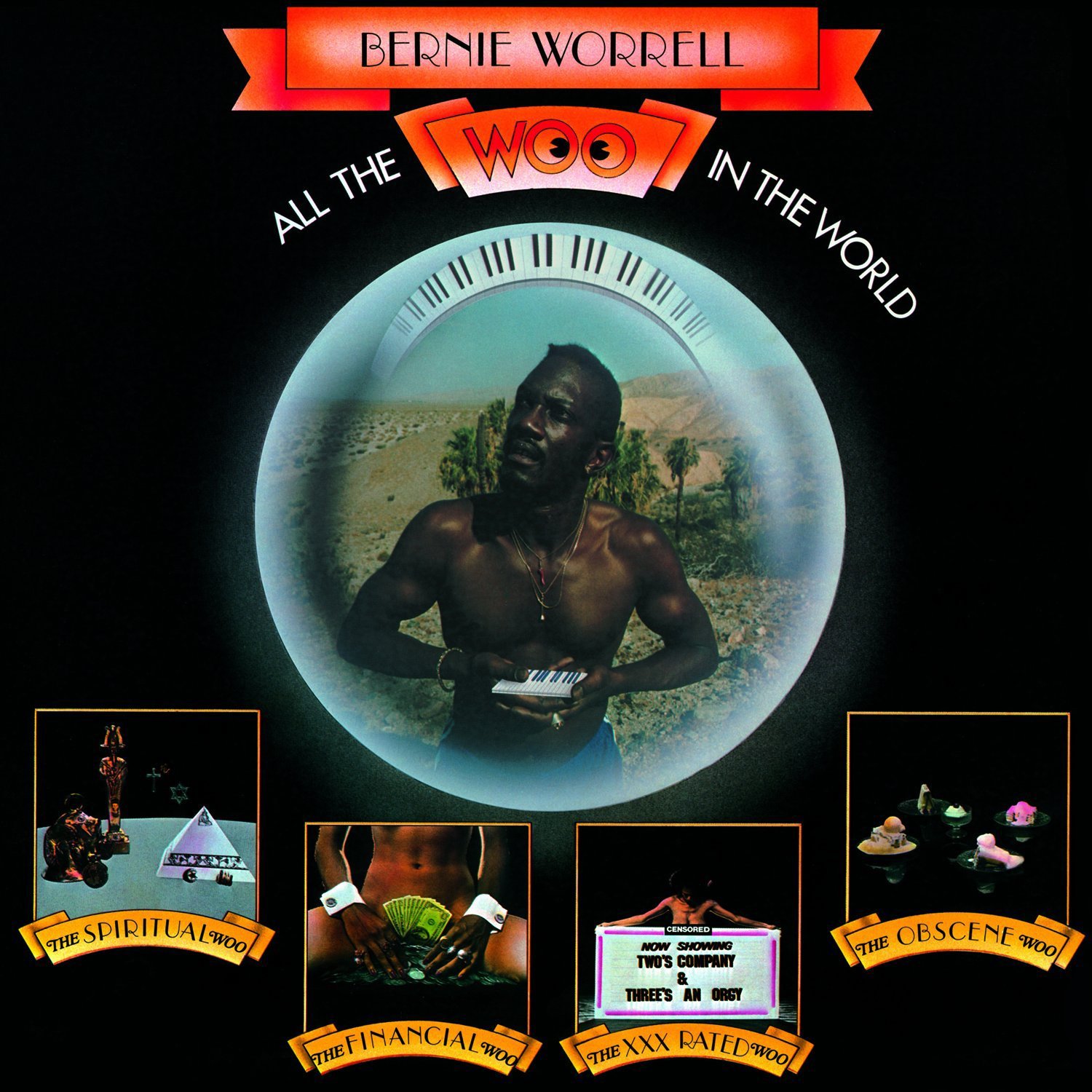 All The Woo In The World is an album I have an interesting personal history with. It first came to my attention as a budget priced import CD my father (regretfully) gave the slip to in the late 1990’s.  I finally got a hold of a reissue for Black Friday’s Record Store Day of 2017-one with translucent orange vinyl. Bernie Worrell was the living embodiment of how his European classical training at Julliard didn’t solely represent the most advanced American musical forms. My main inner question was what would Worrell’s  1978 debut album bring to the P-Funk musical cannon as it reached its peak?

“Woo Together” has a heavy cinematic soul intro-full of layered wah wah guitar and melodic string arrangements from Dave Van De Pitte-with members of Parlet and Brides Of Funkenstein singing harmony with Worrell throughout the rest of the mid 70’s Parliament era groove.  “I’ll Be With You” showcases a melodic harmony based number-with a lot of processed instrumentation and jazzy chord changes based around that classic P-Funk acoustic and electric piano walk down. The acoustic piano solo on the last part has some similarities to Ramsey Lewis’s style of playing in this same era.

“Hold On” is a rhythmically theatrical, almost marching kind of Philly soul ballad kind of song. Its a showcase for both Fred Wesley’s trombone and Worrell’s “8 bit video game” style of high pitched synthesizer melodies. “Must Thrust” starts out a conversation with a Sir Nose sounding voice as well as Bootsy’s. And then launches right into a stomping blues/rocker with a stinging guitar solo along with Worrell’s piano and synth- with a number of vocal ad libs from both Bootsy and Worrell in the back round of the song. The harmony vocals, as on much classic P Funk, tends to take the lead end.

“Happy To Have (Happiness On Our Side)” has a compelling reggae shuffle/cinematic funk hybrid. Rodney Skeet Curtis, from what I can gather, comes in with a very jazzy bass to compliment Billy Bass Nelson’s rhythmic slapping. “Insurance Man For The Funk” brings in vocal assistance from Dr. Funkenstein himself. And its a classic late 70’s mid tempo P-Funk number in every possible respect-with its horn charts and and doo wop inspired vocal harmonies. With Worrell’s “video game” synth duetting with Maceo Parker’s sax. A reprise of “Must Thrust” concludes the album.

All The Woo In The World is representative to me of P-Funk at a logistical crossroads. George Clinton and company were trying to maintain a growing musical colony of different bands-all the while starting to focus on solo acts as well. So the album seemed to span the two end of P-Funk in 1978.  Bernie Worrell’s musical focus here is also a lot more jazzy and orchestrated. Its only when George Clinton enters the picture that it sounds rather like mid/late 70’s , horn driven Parliament style P-Funk. Which was often the sound Clinton preferred for presenting his spin off acts with at that time.

Worrell also presented himself with a cracking, often high pitched voice that resembled Sly Stone across much of this album. So it offered a unique lead vocal flavor in much the same way Gary Mudbone Cooper and Walter Junie Morrison were. In the end, my own view of All The Woo In The World combines two different views I’ve already heard about it. Bernie Worrell gave much of the music a unique and colorful instrumental flavor.. At the same time, it wasn’t all that it could have been either. Still All The Woo In The World  remains a distinctive album in the pantheon of late 70’s P-Funk side projects.