The Aura Of Miles Davis: A Story About Miles’ Final Columbia Album 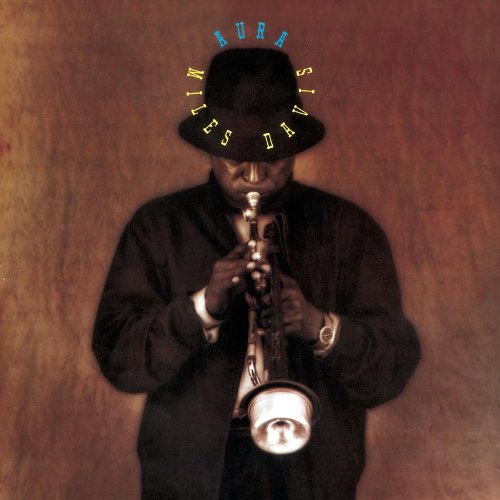 Miles Davis began 1985 having just received the Léonie Sonning Music Prize, which is the highest musical honor in the country of Denmark, in the last month of the previous year. Danish composer Palle Mikkelborg was so inspired by Miles’ achievement that he composed that he decided to compose a suite for him to record. The only major arranger Miles Davis had continually worked with before was Gil Evans. And even later on in their collaborations, Evans wasn’t as fully involved as he’d been when he’d helped to begin Miles’ career as a bandleader with the 1949 album Birth Of The Cool.

The album that came from Mikkelborg and Miles’ collaboration was called Aura. It was recorded early in 1985. Miles Davis was in the process of leaving Columbia for Warner Bros Records at the time. Despite the historic three decade association between Miles and Columbia, Aura wasn’t released until 1989 due to a contractual conflict of interest. It was music of many moods flowing together. It was composed based on notes corresponding to all the initials of Miles Davis’s first and last name. As for the rest of the album, I wrote an Amazon.com 9 years ago that digs deeper into what Aura was and still is.

Miles Davis,just about to leave Columbia records after a lucrative 30 year career with the label turned to Danish composer and musician Palle Mikkelborg to record a ten piece suite in Copenhagen in the late winter of 1985. After a frenetic fusion intro there are nine compositions titled after different colors of the “aura”: white,yellow, orange,red, green, blue,electric red,indigo and violet. Most of these songs,while musically very much in keeping with the early 80’s part of the “electric Miles” period showcase impressionistic “sound paintings” that not only bare a striking resemblance to Miles’ work with Gil Evans on albums like Sketches of Spain at least in terms of arrangement.

The main difference is that on these Miles plays against the melody most the time rather then with it,which while very much in the jazz improvisation tradition gives the music that sense of organized chaos common in Miles’ electric music:the idea melodies and rhythms that are completely different from each other and never coming to a resolution.In this context it could be seen as mixing different shades to make primary colors. The only really funky tune here is “Orange” which is indeed very fiery in nature. “Electric Red” and “Violet” are a slower burning kind of groove whereas “Blue” expresses a light reggae feeling for another musical “color”.

“Indigo” is the only real acoustic piece here. Some of these songs also feature the guitar of John McLaughlin who worked with Miles back in his Bitches Brew days. While the complex,almost ambient nature of ‘Aura’ might qualify elements of this album as off putting and some jazz fans might find some of these songs leaning towards the new age sound it is definitely one of the more unique and individual recordings in Miles’ vast catalog and he has many.

Aura is a true example of why albums matter a lot with instrumental jazz musicians such as Miles. When I first heard it,it was in the form of 30 second previews at a listening station when the remastered CD first came out. It sounded like dull electronic “new age” music in that context. And always avoided it. Upon purchasing the CD later and listening to it, it became clear these were songs that developed in sound and even genre as they went along. In that context,its innovative orchestrated jazz fusion. Therefore I recommend seeking out the Aura album on its own terms-to take in its brilliance.

*Listen to the funkiest song on this album called “Orange” here!