Funky Revelations Of 1987: ‘Touch The World’ by Earth Wind & Fire 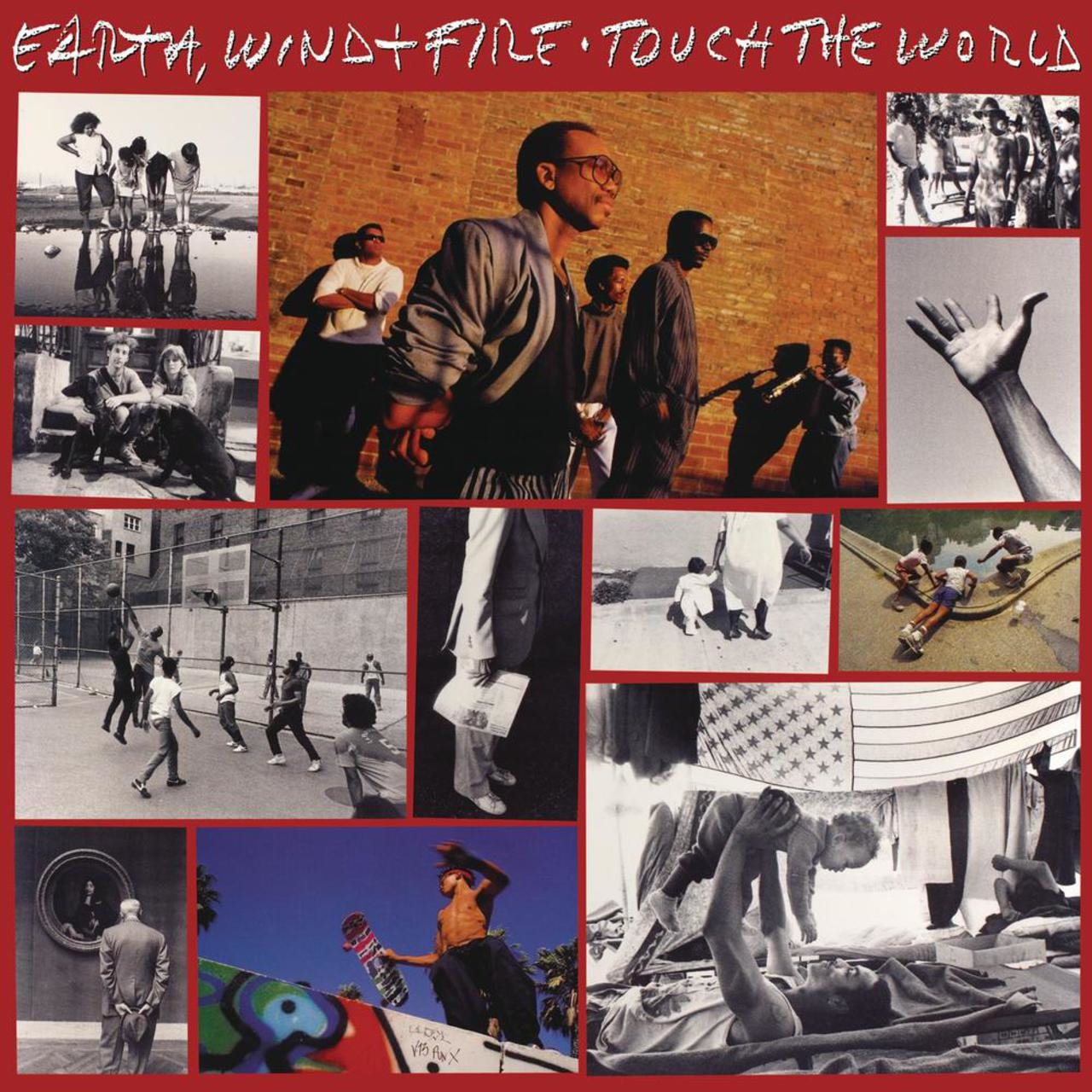 Earth Wind & Fire had slowly declined in commercial success during the early 80’s. But even then? They still had enough momentum from their still recent classic run of the late 70’s to sustain them creatively and with the public. Still, the pressures of losing members due to creative differences, plus the effects of the post disco freeze out, was beginning to take it’s tole on a band who’d always been able to adapt to musical changes at every point.

In 1987 the bands core Maurice and Verdine White, Phillip Bailey, Ralph Johnson and Andrew Woolfolk were convinced by Columbia to reunite. They added guitarists Sheldon Reynolds, fresh from The Commodores and Dick Smith along with drummer Sonny Avery and a brand new horn section called the Earth Wind & Fire horns. The result is probably the first major comeback album experienced in my personal memory.

“System Of Survival” begins the album with with a very fast paced horn packed call and response type modern dance/funk jam dealing with the disintegrating effects of Reagan era trickle down economics. “Evil Roy” is an even harder edged,somewhat slower tempo’d groove with a strong bass/guitar interaction illustrating the slice of life tale of a drug pusher.

“Thinking Of You” is a kalimba-led melodic pop-jazzy jam with some creamy vocal exchanges from Maurice and Phillip.”You And I”,”Every Now And Then” and “Here Today And Gone Tomorrow” are all mid-tempo,melodic funk ballads that function as an update of the Charles Stepney era EWF school of balladry. “New Horizons” references samples of songs like “Shinning Star”,”That’s The Way Of The World”,”Reasons”,Serpentine Fire” and “Magnetic” before going into a fast paced,digitized synthesizer jazz-fusion led by an Andrew Woolfolk sax solo.

“Money Tight” is a stomping,electrified hard funk number dealing with the matter of unemployment. The title song is a shuffling mid tempo gospel number-featuring White,Bailey and Reynolds vocally illustrating how individual people’s lives of turmoil effect others. “Victim Of The Modern Heart” has a powerfully jazzy melodic exchange and another show stopping vocal from Bailey.

This album is one of those that I had the privilege to experience the moment it came out. It was an enormous family event when the cassette tape was bought into the this. “System Of Survival” and “Evil Roy” were showing up on the FM dial on car rides around the town while my father gave me the chance to tune into the music videos to these songs via Friday Night Videos. It was a proud experience for me, a young man growing up in semi rural Northeast Maine in the mid/late 1980’s, to hear music that not only had a strong social consciousness but offered hope for a better future.

It’s proud to know that this album might’ve been a successful entry point to EWF for people of the late Gen X age group living in areas that may not have had access to see them in a concert setting,and where funky music wasn’t as emphasized in the culture. Overall,a very successful entry for EWF into being able to fully integrate electronics into what amounts to a total revisit to their classic sound and musical spirit.