Funky Revelations Of 1987: ‘The Big Throwdown’ by LeVert 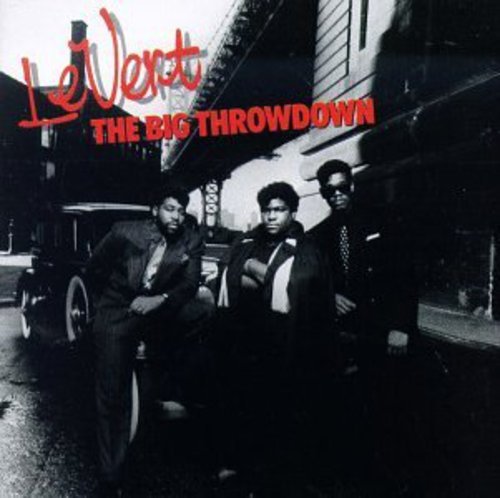 LeVert were already three albums into their career , and had already more than defined their sound.  Produced by Gerald Levert, Marc Gordon, Craig Cooper and Midnight Star’s Reggie Calloway ,this is an album that,in it’s day encompassed a very broad spectrum of tempos,flavors and contemporary textures that,regardless of the tempo always has a hard driving and intense quality. Gerald as a vocalist was without doubt the son of his father;about five seconds listening to him you’ll notice how it’s hard to tell them apart at times.

The first tune on the album “Casanova” has strong shuffling hip-hop beats that in a fiery way. It predates the new jack swing sound just bursting on the scene but the relatively slow,slogging funkiness of the tempo is more in keeping with the sound achieved by Kashif on his Love Changes; a bridge crossing 80’s funk and the hip-hop based style of uptempo music that would be prominent in the future. LeVert were in a lot of ways best known for their slow songs and “Good Stuff”, “Don’t U Think It’s Time”, “My Forever Love” and “Love The Way You Move Me”.

All of those songs encompass…what I’ll describe as a cross between O’Jays-like vocal harmonies and the rhythmic ballad style of the Isley Brothers- with some rocky guitar flourishes round and about along with some tasty drum programming. “Sweet Sensation” is a shuffling uptempo kind R&B. Its therefore more in keeping with Luther Vandross and 80’s Gladys Knight & The Pips.  And it fits right in with the “retro nouveau” musical approach of 1987,  But any smoothness that style is normally associated with is sharpened up with a very strong jubilant gospel flavor.

The last three tunes on the album “In N Out”, the 8+ minute “Temptation” and “Throwdown” all showcase LeVert finding the funk with all the energy of both their own flavors and what Cameo were achieving during that period: driving rhythms and beats and some light electro flourishes that serve to emphasize the vocals,not burry the rest of the music. 1987 was a year that found R&B and funk in the throws of some very strong musical transitions and even so LeVert were managing to make everything involved in that respect sound genuinely effortless.