Funkentelechy Vs. Four Decades: P-Funk Set On Mood Control, Even For Those Who Can’t Afford Free Speech 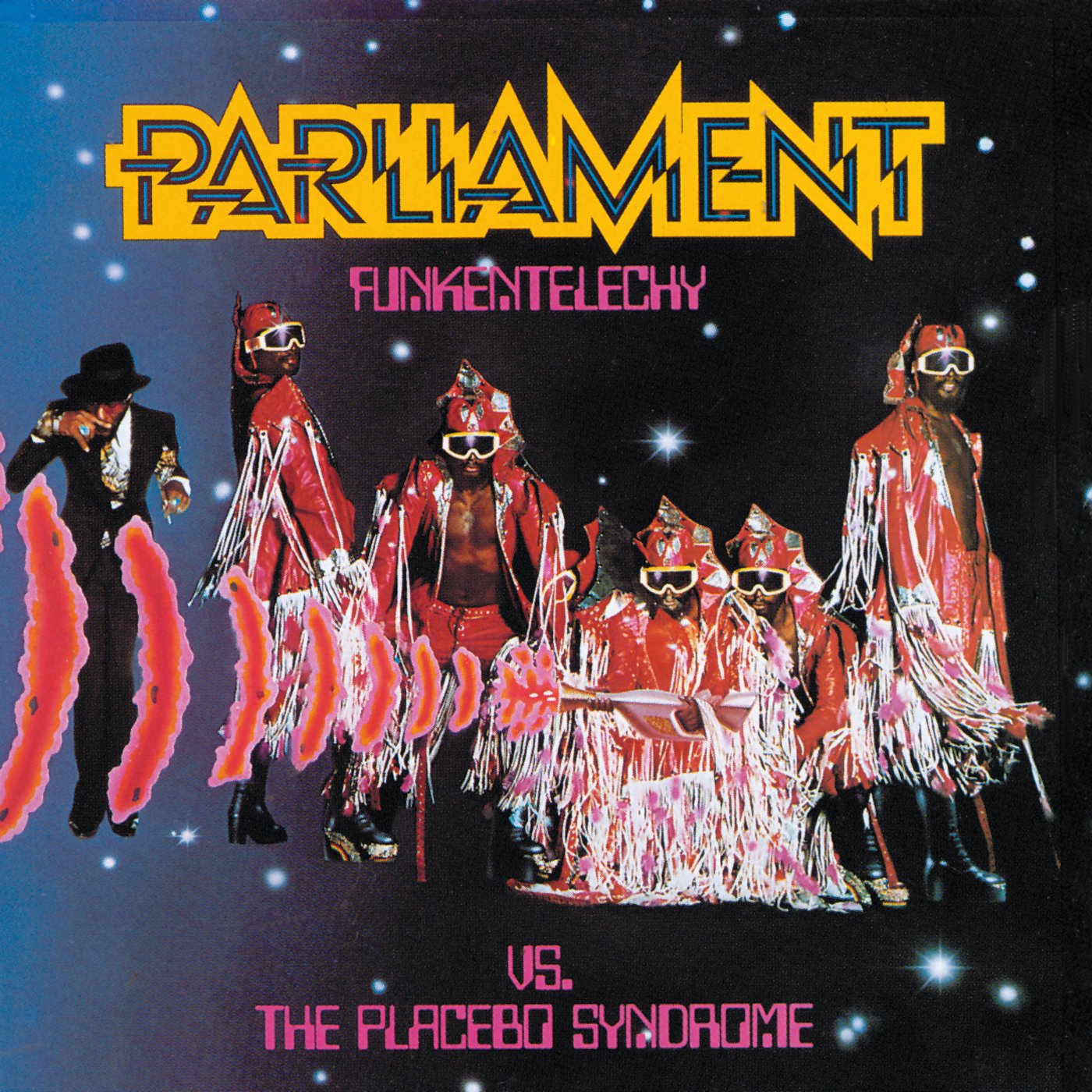 How many times have I heard how important the Funkentelechy vs. the Placebo Syndrome album was? And how many times have I walked passed this album? Even to the point of buying the CD and (at first) returning it because I felt the sound quality was bad? Funkentelechy has the distinction of being both a transitional P-Funk album-as well as a transitional for Parliament on its own. Before this album, Parliament was largely built around it’s horn/rhythm section rather then layers of keyboard/guitar solos. That element is a key part of this album as well with of course “Bop Gun” and the title song.

From there, things get even more interesting very fast. “Sir Nose D’Voidoffunk” not only serves to introduce an important P-Funk character conception to the scene but also the kind of tune that builds from the ground up into a Clinton style variation of “Three Blind Mice”. Thematically this album is a lot different than Mothership Connection. Whereas that albums concept was fairly implicit the band apparently had decided at this juncture that few were getting the point so the Sir Nose character and the story they built around him said it all.

Sir Nose’s story was that the sense of funk in music was being replaced by the “placebo syndrome”. And that it was spilling into areas outside music too. Unusually enough, there are two songs here that seem to have to do with P-Funk’s new music. While conceptually “Wizard Of Finance” and “Placebo Syndrome” are right in tune with the album, and are full of Clinton’s renowned wit, they connect more musically with his past-with their shuffling doo-wop sound. As with everything else on this album it’s Bootsy who carries this album along with the vocal harmonies and horns as usual.

Of course, the album ends with both eyes on the future with one of the bands best known numbers “Flashlight”. Thanks largely to the late Bernie Worrell’s layers of bass synthesizer, the song showcases the sound most people will tend to think of in terms of P-Funk;rhythmically dense,relatively mid tempo and very electronic. It’s the P-Funk sound that would define Parliament to the end. While Funkentelechy vs. the Placebo Syndrome may not be quite as defining musically as some other Parliament albums due to its  transitional nature, it does its job on that end in terms of conceptual realization.