2008 On The Longplay: ‘Circus Money’ by Walter Becker 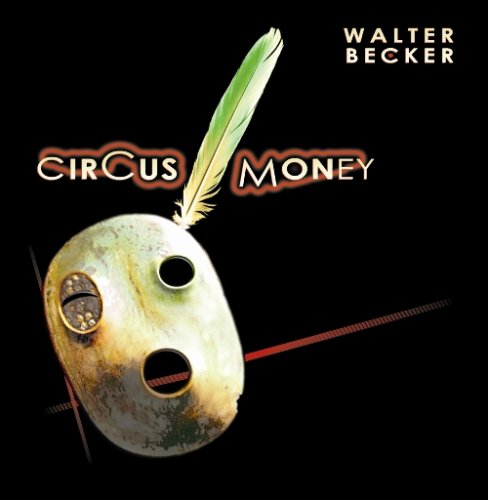 Fourteen years after Walter Becker’s solo debut 11 Tracks of Whack, he returned with this sophomore release. Ever since the end of Steely Dan’s first run in 1980, we’ve often had to wait years (sometimes decades) for new music to appear by Becker & Fagen,either together or apart. In the beginning the results were exceptional (as on Fagen’s  Kamakiriad or Steely Dan’s first comeback Two Against Nature). But recently, we’ve seen an unfortunate side of this comeback.  Steely Dan were consistently spun off one classic after another on the same album in their heyday.

Of course, some of the trademarks of Becker & Fagen’s sound were crackerjack musicianship, production, songwriting and incredible lyrics. After the success of their first comeback the result were albums like Everything Must Go or Fagen’s recent solo date Morph the Cat-both of which relied on sound and musicianship but lacked in incredible songwriting;I just have to be objective because I LOVE Steely Dan but…..you know. This album isn’t exactly an exception from that in that the album relies more on sound then anything.

Becker had one great idea and that was to up the reggae/dub strains in his music. Most of the songs on this album will, believe it or not, make you feel more like walking with a skank then being jazzy and funky. But it doesn’t mean those elements aren’t present. “Door Number Two” and “Bob Is Not Your Uncle Anymore” of two great songs that are very successful:the former jazzier, the latter more reggae. Hardcore fans of the classic Steely Dan sound may be surprised (I would never say put off) by the reggae rhythms permeating much of the music here.

The result (as is typical of much of that genre) is the songs have the illusion of sounding somewhat alike;they really don’t at all but come off that way. Becker rises to the occasion though in a big way by closing the album with “Three Picture Deal”,nearing a complete restoration of everything that makes Steely Dan’s sound so special and unique. Some might want to know why he didn’t begin with that sound and take it from there. But at least by adding the Jamaican rhythms Becker is going for something new in his sound. And it  makes you wonder what the next Steely Dan release is going to pull out of it’s hat.