Prince’s Crystal Ball: Celebrating 20 Years Since The Minneapolis Genius Opened His Musical Floodgates Of The Past 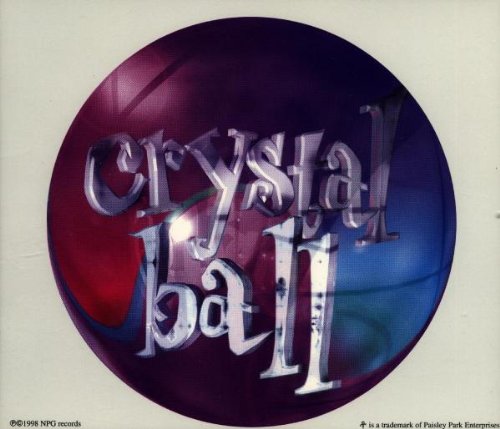 Prince hasn’t been with us for two years now. And there’s a lot talk about in regard to his vault of unreleased music at Paisley Park. It was one of the very first things I personally learned about the man in the late 90’s. Prince wasn’t releasing a lot of new music at that time. Likely because of his messy legal battles with Warner Bros. While the heat was dying down on that later in the decade,he actually seemed to be dipping into the vault quite a bit when it came to his newer releases. During this time, Prince also launched his earliest website and 1-800-NEW-FUNK phone service.

Prince offered up a multi disc boxed set that endeavored to officially release some of his most sought after material from his vault. The title track is full on psychedelic funk-with very tribal drum patterns and atonal flute at various points. “Dream Factory”,the Linn drum powered groove of “Movie Star” (which Prince proudly announces in the liner notes as “D’Angelo’s favorite bootleg”) ,the cinematic soul ballad “Crucial”,the demo jazzy funk groove of “Last Heart” and the acapella “An Honest Man” all derive from his massive 1986 era music production.

“Sexual Suicide” and “Good Love” derive from an unreleased album he’d credit to the name Camille-both utilizing strong hard funk,and the former with strong wah wah powered synths. “Cloreen Bacon Grease” heals from the sessions for The Time’s sophomore album in 1982-nothing but 15 minutes of funky drumming,bass and Morris Day humorously jiving lyrically. Because Prince was intending to release a triple album in 1986 with this same title,what surprised me is how much of this material gave from the first few years of him recording with the New Power Generation.

Some of these songs such as “Acknowledge Me”,”18 & Over”,remake of “P Control”, and “Poom Poom” are heavily bound to hip-hop beats . ‘2tomorrow” showcases him picking up on Miles Davis’s style of jazz hip-hop. A Shock G remix of “Love Sign” (featuring a clever sample of his own “DMSR” in the rhythm) has a G-funk friendly vibe. The NPG find some time to get seriously funky however on “Hide The Bone”,the stripped down “What’s My Name?”,’Calhoun Square”,the Sly Stone inspired “Make Your Mama Happy” and the P-Funk inspired duck face bass heavy “Days Of Wild (Free The Slave)”.

There’s also a clutch of ballads in the soulful, wah wah/horn driven “So Dark”,a wedding song for Maybe Garcia called “She Gave Her Angels” and “Goobye”. You also have the hard rock/blues shuffle of “Da Bang”-with it’s interludes of atonal guitars and the psychedelic soundscape of “Strays Of The World”. Prince is singing the straight up blues on “The Ride”,recorded live while “Get Loose” gets a live instrumental treatment without the industrialist electronics of the original while “Ripopgodazippa” deals with a modernistic pop/reggae rhythm-which has some heavily jazzy horn phrasings.

“Tell Me How U Wanna B Done” is a fast paced “hip-house” style dance number. This set was originally released in two configurations. Both added additional music to the 3 CD set. The store purchasable version added a new folk/blues based album called ‘The Truth’-and this is the version I own. The version only available over the 1-800-NEW-FUNK phone number also added a ballet Prince wrote and composted with Claire Fischer entitled Karmasutra. I never had this version of the album. But do have deep memories of an 18th birthday trip to NYC during the early summer.

Found this at the Tower Records in Manhattan. It felt very lucky to find this album,since there was never much talk about it coming out in record stores at the time. Musically speaking,this may be presented as an full album. But it’s actually an anthology style set. My only personal issue with it is that the songs are not presented in chronological order. With an artist as eclectic as Prince was,a sense of continuity in presenting his unreleased material showcased his musical evolution and experimentation.

On this album, a heavy JB style funk number from 1986 might be followed by a gruff rap/hip-hop number from 7-8 years later-for example. Honestly to me? It would’ve been more appropriate to concentrate on his often brilliant 80’s outtakes than showcasing so much from a then-present which…frankly haven’t worn well with age. But in terms of the funk,hip-hop/jazz,ballad and blues/rock exercises throughout this set? There are many treasures to be heard through this crystal ball.

Prince’s history in terms of his unreleased vault material,shrouded in mystery as it is,does have a vital history all its own for the artist. He recorded during most of his free time. And loads of songs for each album project. One period that myself and many admirer’s of Prince’s music love to dip into is his huge 1986 production. In the early 80’s,Prince was seeking to make a name for himself as a new wave/synth pop artist with heavy rock overtones. And his funkiness would be a side dish. By 1985,Prince added The Family’s sax player Eric Leeds into the Revolution. And funk would no longer be a side dish for him.

There were two Prince projects that came and went in 1986. There was a Revolution album Dream Factory, a three album set called Crystal Ball (not to be confused with the self released 1998 outtake collection) and an album credited to the name Camille. This would feature Prince singing in a chipmunk-link voice he slowed down,then sped up. Many tracks from this album found their way onto albums and as B-sides. One,”If I Was Your Girlfriend” became a major hit later. One very exciting song I’ve heard from this album that hasn’t been widely distributed is “Rebirth Of The Flesh”.

An ultra sound like synth pulse starts out the song. And remains the primary percussive element throughout the song. Within a minutes time,Prince adds a brittle fuzzed out guitar and big,funky drums with tons of space in it as part of the mix. As the song progresses,with Prince’s vocals having a rangy and tonally complex conversation with itself,the horns of Eric Leeds and Matt Bliston accentuate the melody JB’s style. On the refrains,the deep fuzzy guitar and Leeds’ sax merge into a heavy sounding sustained melody. At the end of the song a goulish,thundering sound brings it to a halt.

“Rebirth Of The Flesh” was one of those songs that brought every element of Prince’s musical artistry together. Its got a hard driving funky rhythm-with some of the most intense horn lines Leeds and Bliston ever provided. It also has a very industrial rock tone-with some Hendrix like bluesy guitar licks. Its also got some of the melodic and rhythmic dissonances of jazz greats such as Duke Ellington. It lends much credence to George Clinton’s comment that Prince would be “one of the baddest out there if he released some of what he had in the can”. So here we have Prince’s funk at its hardest and most daring.