Chicago III: Singing A Mean Tune On The Lowdown 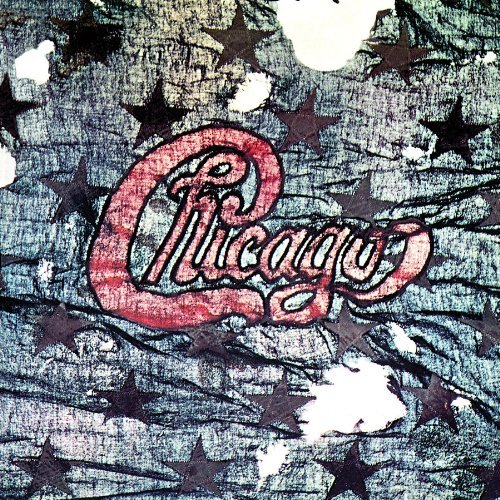 Chicago were coming into a very interesting place in American culture in 1971. They had released two successful double albums-the latter actually being so much so that it bolstered up for the success of the debut. Yet it was an uncomfortable time for America itself. The Vietnam conflict raged on. And the youth culture of the 60’s were growing into adults right between the shootings at Kent State and the Watergate scandal. For their part, Chicago were themselves weary of a 1970 spent of near non stop touring. This resulted in an album of a different kind that I wrote an Amazon.com review for in 2009.

Three years into their stellar career after the huge success of their first two albums Chicago Transit Authority and Chicago II  Chicago apparently decided that they didn’t want to be too commercial.So they decided after having three smash hit singles already they wanted to cut something they wanted to.Pretty typical story from the early 70’s right? Well maybe but there is always twists.In this case Chicago already had a commercial sound to begin with so,if an arty album is what there was going for there would still be memorable aspects.

Basically this is an album divided into suits:there are 3 of them where all the songs run together.At the same time,for the purpose of CD presentation they are separated out into 23 separate cuts. All of these song,regardless of how they are presented with a very “live in the studio” flavor;it’s almost as if Chicago just all got behind the microphone and played,with little extra stuff added. That being so it says a lot for this band’s talents because this is some of the most vital, energetic and creative music Chicago created during…well a period of heavy creativity for them.

Fact is only the first four songs stand alone. “Sing A Mean Tune Kid” has a perfect Sly Stone riff and is one of Chicago’s funkiest jams;it runs on awhile and ends up in a Terry Kath solo but it’s great regardless.The “suite” that Terry does on the album is one of the best here-he called it “An Hour In The Shower”.Terry was always represented the gruffer voiced, rockier aspect of Chicago’s sound and the five tunes he presents,in very ragged glory are consistent and hang very well together. Robert Lamm’s “travel suite” is more musically erratic but includes some excellent tunes.

There’s the jazzy funk jam “Free” is short but the closest thing this album had to a hit.”Mother” is another nice R&B rocker with some rich sonic power while the folksy charm of “Flight 602” and the light pop balladry of “Happy ‘Cause I’m Going Home” are also okay but not fantastic.The final suite,called “elegy” is the most impressive;the album cover features the familiar Chicago logo sewn into a very faded and weather damaged American flag. And the spoken word poem “When All The Laughter Dies In Sorry”,as morbid as it is make it clear the early 70’s was filled with seemingly un-resolvable issues.

One tune that makes the same point even more clearly is “Progress?”,an instrumental starting with gentle horns which get “progressively” louder and more chaotic,to the point of playing along with the inner city sound of drills and car horns:it takes a very impressionistic and implicit “united funk” era message song flavor. On “The Approaching Storm” and “Man Vs Man:The End” we’re treated to two very intense horn based jams that are equally chaotic.

Upon a brief inspection this album follows the same basic conceptual formula as the first two Chicago recordings but at the same time the rough n’ funky sound of the production as well as the virtual lack of singles potential make this a definite AOR delight.The bands flutist Walter Parazaider said of in the liner notes to this album that Chicago never made “cookie cutter” music.Lucky for them Chicago were able to reach out to their audience with their journey of musical creativity rather then alienate them with a lot of self indulgent tricks.

That’s why it’s important to acknowledge the presence of funk in their music;funk,and jazz by degrees are music’s that are able to be ambitious AND reach out and touch the human heart and pulse in different ways. The fact that Chicago were able to integrate both genre’s so successfully into their sound is a testament to how they truly understood what they were doing.

Seeing that post 60’s America begin to unfold before Chicago, both in their travels and through audience observation perhaps, is a key element to understanding what Chicago III is as an album. Even as a writer, have to acknowledge that I didn’t understand how Chicago’s sound was changing so organically. This particular album was not Chicago’s most popular one. And its somber thematic content might’ve contributed to that situation. It still showcased a band, straight out of the 60’s musical ethic of expanding public musical taste-shaping songs that set out to get people thinking about their world.

It’s been over a year since I first heard the song being discussed here. Chicago (once known as Chicago Transit Authority) have reveled in the musicality which made them one of the most popular and acclaimed bands of the 1970’s. Their channeling of melodic pop song craft along with progressive jazz and soul instrumentation has made them a model for many instrumentally inclined bands since their heyday.

In a similar manner to Earth Wind & Fire,with whom they toured about a decade ago now,and how are about to go on the road again with the Heart & Soul tour? Founding members such as trumpeter Lee Loughnane,trombonist James Pankow,sax and flute man Walter Parazaider along with the singer/songwriter Robert Lamm have continued to keep the band going with new members and studio albums every so often. “Another Trippy Day”,presented as a bonus song on last years Chicago Now-XXXVI,stood out for me personally as a shining example of why this band is still so incredibly vital musically.

A digital percussion sound opens the song before two round,spacey synthesizers play major/minor chords before the trumpet plays a bright and melodic solo. That’s when the the body of the song kicks in. It’s all about a a stomping, funkified beat. A bluesy sound slap bass accents each rhythmic exchange. All with that spacey synth,wah wah guitar and muted trumpet weaving in and out. On the choruses,all of these elements thicken up into melodic unison. A refrain starts out with an electronic symphony of synthesized sound before a full melodic horn chart,following by a pulsing drum,slap bass,synth duet before the chorus fades the song right out.

For me this song is an excellent example of cleanly produced,modern day West Coast style funky soul.  The song is defined by funk. That slow,stomping beat that has the average rhythm of the human walking pattern. Lamm takes this setting and lyrically explores the romanticism of the urban landscape-with allusions to “a hint of jazz and lovers embrace”. This song also evokes it’s strong California vibe that stands it’s own with the sassy and sweet jazz voicings of Becker/Fagen compositions with Steely Dan. And a welcomed jazzy pop/funk urban contemporary sound for the modern age.